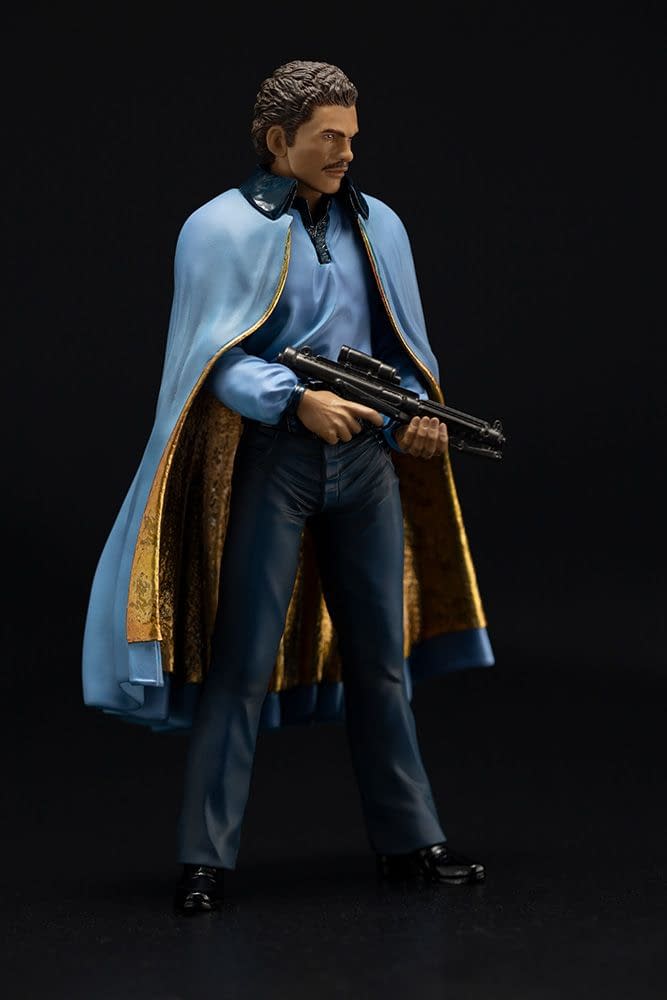 Lando Calrissian, the gambler who lost the Millennium Falcon to Han Solo, played an important role in the perhaps most celebrated Star Wars film ever, The Empire Strikes Back. As the latter turns 40, Japanese figure manufacturer Kotobukiya honors him with a statue.

Lando stands 7″ tall and if things get too hot with the storm troopers, he can remove his cape while firing at them with his blaster rifle. The statue will cost you $99 to pre-order and will arrive at your doorstep in December if all goes well. The Big Bad Toy Store is one of the stores having pre-orders of the item.

Billy Dee Williams was the actor who portrayed Lando in the last two Star Wars movies of the original trilogy. He later made a triumphant return in The Last Skywalker, released last year.