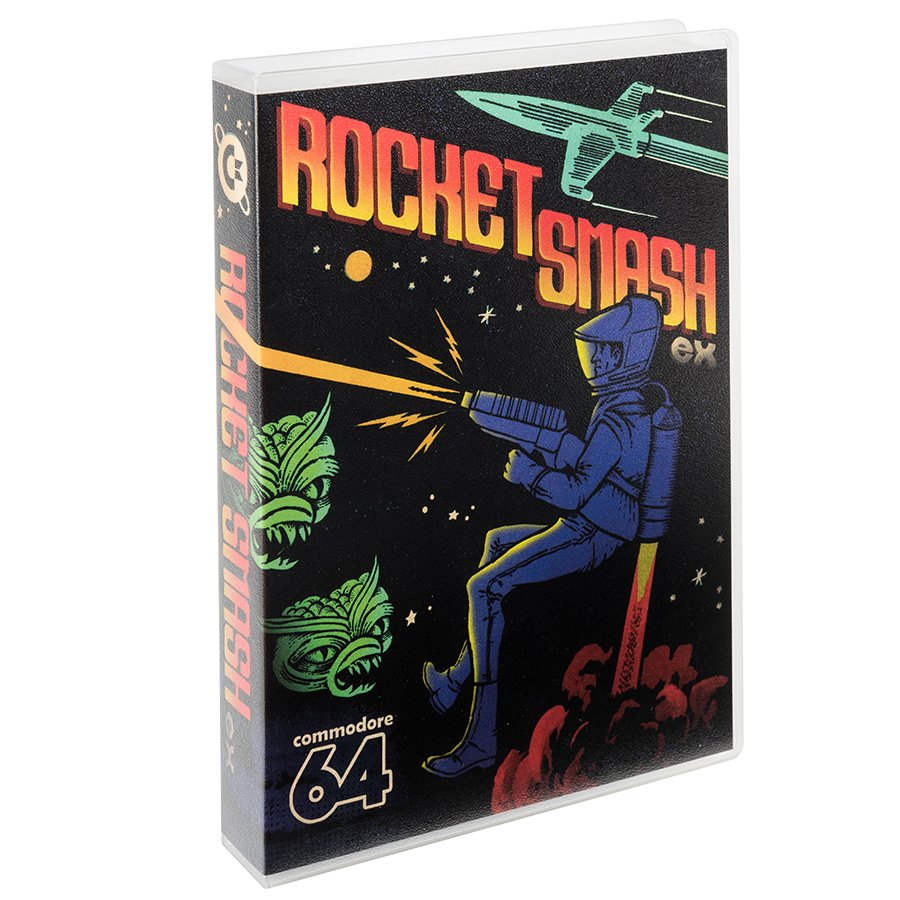 Another day, another Commodore 64 game. This time it is an update to the 2013 release named Rocket Smash. Being super clever with the naming, the developers have named this update Rocket Smash EX. I don’t care what you call it as long as it is a good game. Fans of single screen shooters will be right at home with this one. The cool thing is, Rocket Smash EX has gotten a physical release.

Rocket Smash EX is a single screen shooter title that features enemies coming at you from both sides of the screen. Power ups and much needed ship parts fall from the top of the screen. Yes, you are collecting things here – ship parts to rebuild your ship so you can launch off this planet and fuel to name a couple of items. You are playing a human so you are going to have to hurry up and accomplish that ship rebuilding before your oxygen runs out.

That is the idea behind the action. Now, let’s discuss that action. Graphically, there is a ton of animation in the deaths of your character and that of the enemies. I like that attention to detail. There is even some digitized speech to “enjoy”. Your mileage will vary depending on your thoughts of 8-bit digitized voices. Me, I think when used minimally, such as in Rocket Smash EX, they are fine and add a bit of variety to the game.

The team over at RGCD have worked with the developers of Rocket Smash EX to create a physical edition for the Commodore 64. Yep, this release is with the consent of Saul Cross and John Christian Lonningdal. Always great to see the developers in on these things. The cool thing is, if you are not interested in a cartridge version then you can head over to the Pystronik Software site and grab a disk/cassette version instead. How cool is that?

What do you get in the RGCD release?

One thought on “Rocket Smash EX Released for Commodore 64”