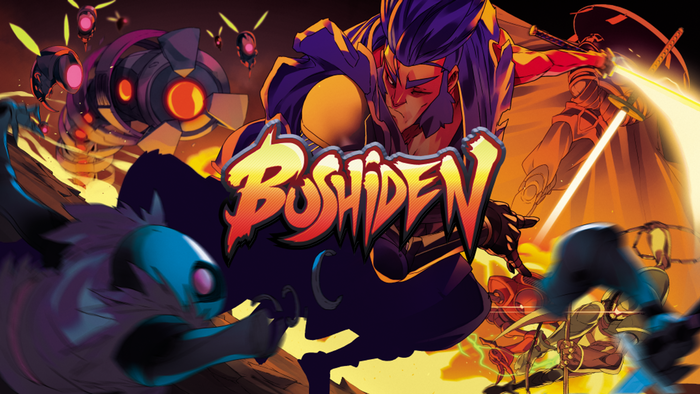 Bushiden by Pixel Arc Studios was funded through Kickstarter in the fall of 2018, gaining funds to deliver a futuristic side-scrolling ninja game. The aim was to release it in August this year, but the release date has been postponed to spring/summer next year instead. The reason for the delay is to deliver the extra polish the game needs to make it more fun.

The game is inspired by Metroidvanias, with 7 open, non-linear levels, a shop system and abilities which allow access to previously unlocked secret areas. The visuals make the best of the Neo Geo come to mind, with lots of parallax, well-animated sprites and cool effects. Bushiden will be released on Steam, PlayStation 4 and Switch.