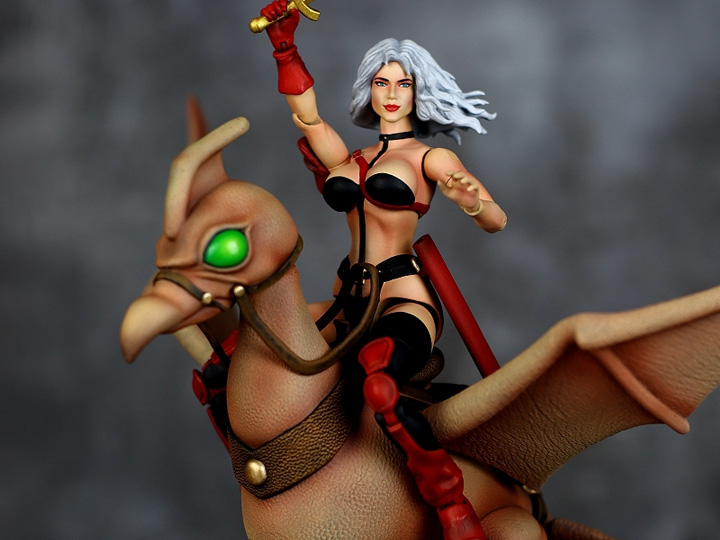 Heavy Metal, the adult animated anthology film from 1981, has its legacy honoured by new figures. Executive Replicas is joining forces with LooseCollector Collectibles to deliver Taarna, the female protagonist in one of the anthology parts. Coming with her is also her loyal flying beast Avis, which has never before been seen as an action figure.

Taarna stands 6 inches (15.24 cm) tall and has no less than 26 points of articulation. She comes with four accessories:

*two extra hands
*a golden sword
*a scabbard (which can be taken off).

Avis has five points of articulation and can even have Taarna mounted on its back.

Taarna and Avis will cost you $129.99 at the Big Bad Toy Store and will be released in August next year.