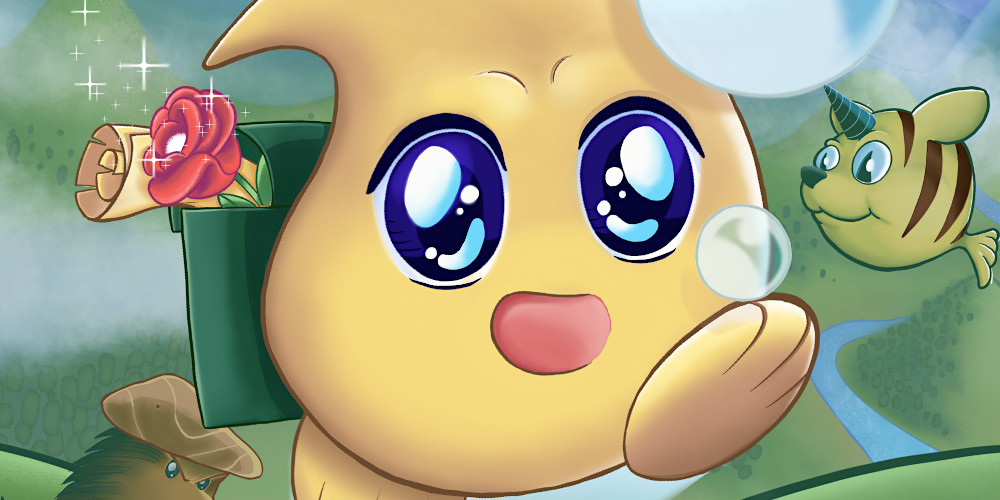 POWA! is a brand new game for Nintendo’s classic handheld systems, a platformer similar to Kirby’s Dreamland and Trip World. It contains five levels, all ending with a boss battle. Replay value is given by several difficulty settings and an in-game clock checking your completion time. You can try a demo here.

The game is developed by Spanish Aiguanachein, with music by Sergio. POWA! is also compatible with the original Game Boy, and uses the additional features of the Super Game Boy on the Super Nintendo/Super Famicom.

The release will have both an English and a Japanese version, and added to that are several editions: regular, collector’s and limited. The latter two brings fancy stuff like the OST on a mini-CD, a poster and a sticker set.

The production is planned for the third quarter this year.