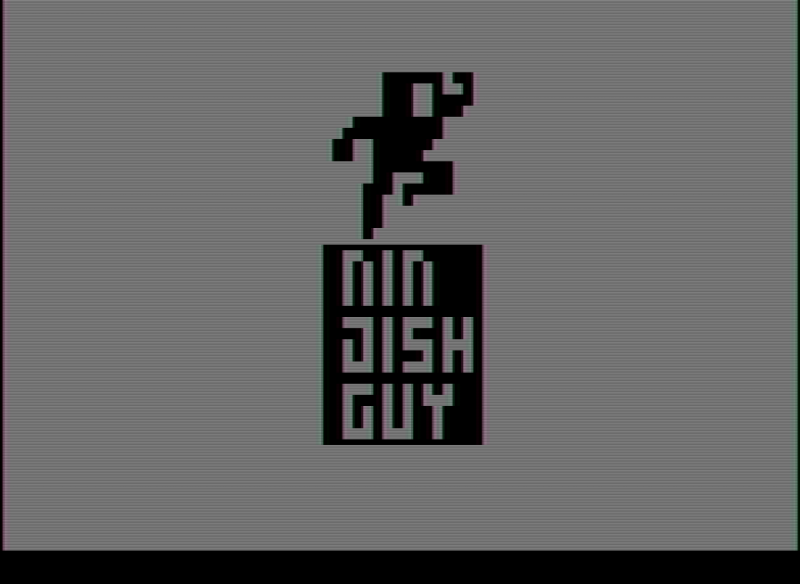 In 30 years do you think people will still be playing their Xbox One or PlayStation 4 like we still play the Atari 2600? Considering the work Microsoft and Sony put into keeping unlicensed software off their consoles I figure independent homebrew will continue to be rare on those platforms. Unlike them though, the Atari 2600 is wide open to fans to program new games for and program they do. The independent homebrew community based around the classic consoles is further burgeoning each day it seems. The Ninjish Guy video below is provided by AtariAge forum member NML32. This is a cool new adventure for the classic Atari console.

Much like Atari games that were released when the platform was new, Ninjish Guy is a simple affair. That is where the complexities lay though, in how simple things are. Your goal is to reach the exit somewhere on the screen. Sounds simple, right?

Not so fast, pay attention

Well, it would be a simple goal if not for the obstacles in your way. Enemies, fireballs, smashing pillars, etc all make an appearance some point in your quest to reach the exit. Your main defense against most of these obstacles is simply to avoid them by jumping, ducking, or outrunning them.

Why not something other than Atari

One reason a lot of independent homebrew developers work with the Atari 2600 hardware is probably because a single person can make a complete game. Either through to the metal programming with C or with an interpreter such as Batari Basic, it doesn’t take a massive team and tons of money to complete a compelling title and release it.

The graphics of Ninjish Guy are low resolution, black on a grey background. That’s it. With this lack of color and detail VHZC, the developer behind this adventure, has created an interesting world of danger and intrigue that requires thought and planning to survive. Check the embedded video above to see for yourself – all of that out of an Atari 2600 game.