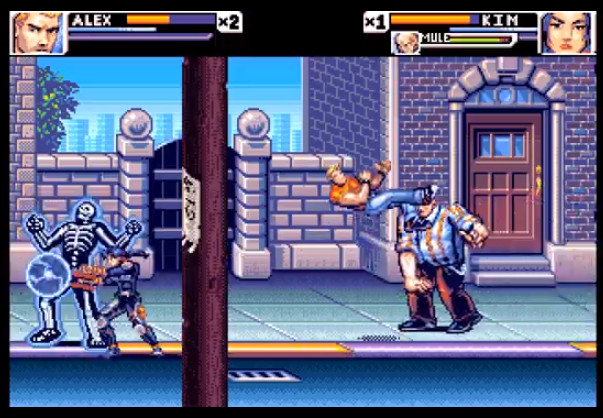 Brawlers. This is a category that we simply don’t see a lot from independent developers. That is exactly what Metro Siege for the Commodore Amiga is. Fans of classics such as Final Fight and Streets of Rage should be paying close attention here. We don’t get these all that often.

One reason may be the detail work required for the characters. Sure, River City Ransom proved simpler graphics could work. That was also an 8-bit NES game during a unique time. Another reason is probably the lack of support from fans for this category. I know it sounds like I am against brawlers, I am not. I play them all the time and enjoy the genre. Sadly, I am in the minority of the minority in that support for this category.

Brawlers simply have never been able to get that level of success that one-on-one fighters garnered.

Metro Siege and what we know right now

According to our friends over at Indie Retro News, Metro Siege will feature 2-player co-op and single player modes, parallax scrolling, and over 60 colors on screen at once. Other niceties we can expect here include multi button controller support, dozens of moves, and more.

Parallax scrolling is something most brawlers skipped with carefully designed levels. Often buildings were packed so close you could not see beyond them and those buildings stretched to the top of the screen. It is a minor point but watching the video above shows how cool the effect is.

Why you should be excited for Metro Siege

For one, it is a new game and it is not a scrolling shooter or minimalist action platform title. While I love those genres, there are other genres out there that don’t get any, or near enough, love from independent homebrew developers. It is a breath of fresh air to see someone doing a brawler. Thank you, from a fan of the category.