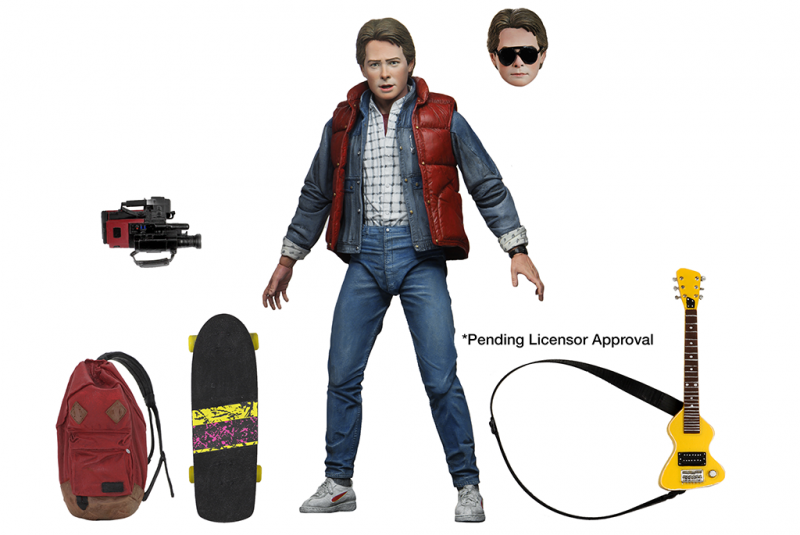 NECA have announced new details on their upcoming Back to the Future action figure of protagonist Marty McFly. The figure has the official licensed likeness of actor Michael J. Fox and features the appearance of the character from the first movie in the trilogy. Also included are a bunch of accessories: a camcorder, backpack, and skateboard. In case Marty is out for a walk in the sun, an alternate sunglasses head is also available, as well as a guitar to show off the youth of the 50s what a solo is. The figure is 7″ and comes in a window box packaging.

Other figures upcoming are a Marty from part 2 of the movies, as well as the villain Biff Tannen and the DeLorean time machine. The figures will cost $27.99, except for the car which goes for $49.99. They are available for pre-order and are expected to ship in August this year.