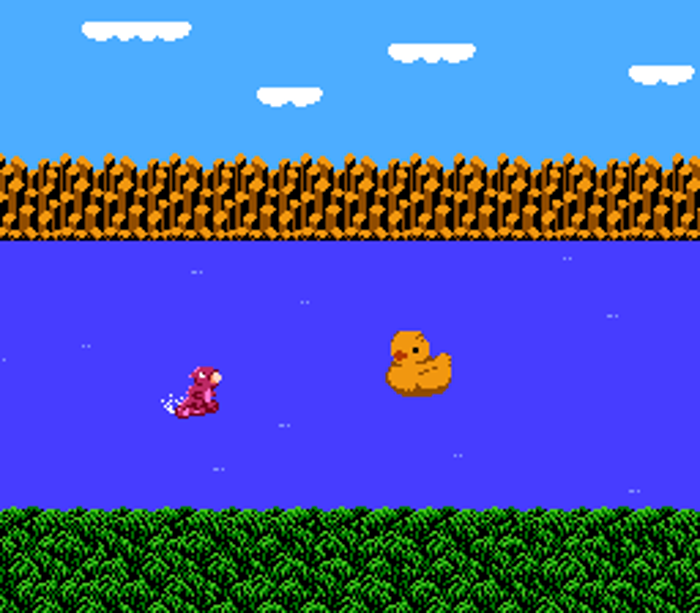 New Nintendo Entertainment System games are not as rare as they were many years ago. That has not stopped interesting games from being released though. Lizard for the NES is a Kickstarter success story as well. What is cool here is that the developer has made several purchase options available, including outright buying the ROM file so you can play as you like.

Brad Smith, the developer of Lizard for the Nintendo NES is using an unconventional release method. The option to buy the ROM is something we don’t see that often with retro games. I wish it was more popular as I would drop $5 to $10 for a ROM of an interesting game I could play anywhere I like. That is versus the usual purchase option of $80+ for an Atari 2600 cartridge and it being limited to 100 copies. I miss out on those because, well, I am not going to pay $80 for a game today.

Lizard is a 2D side scrolling, multi-directional affair for the Nintendo Entertainment System, Steam, and as a ROM download. Between the Steam version and the direct ROM download you can play Lizard just about anywhere you can think – if there is a working NES emulator available.

Purchasing on Itch.io gives you the ROM file and a Steam key so that is the best option for digital only fans. If you prefer physical, there is only one option available, to buy the NES cartridge release. The NES game features a box, manual, sleeve and Styrofoam block. That is one purchase option for the NES version, there are a couple of others available on the Infinite Lives website.