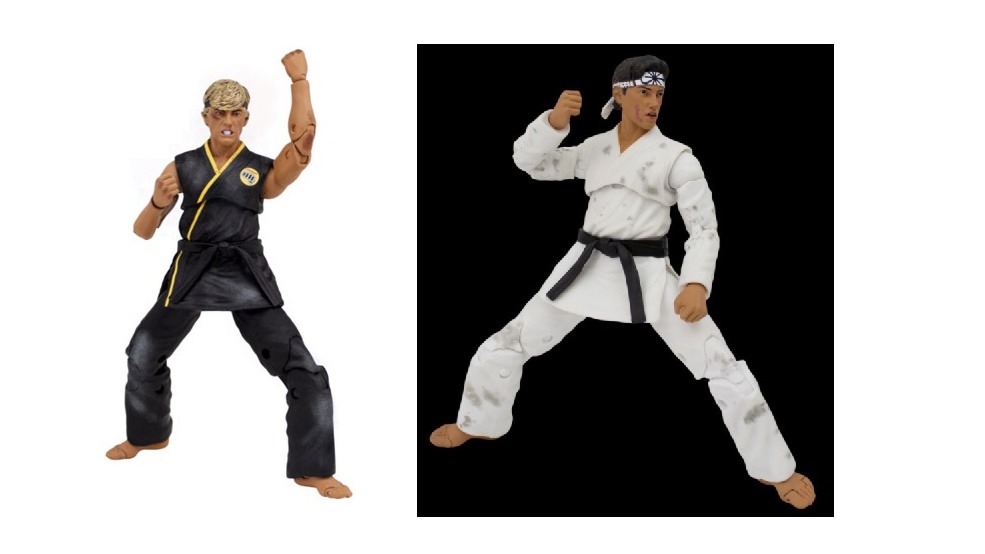 Everybody remembers the classic 1984 movie, which is famous for popularizing karate in America and shocking parents for the excessive violence. The climactic final battle between Daniel LaRusso and Johnny Lawrence with the famous crane kick can now be relived in your living room with these new action figures from Icon Heroes.

The figures stand 6″ tall and have 29 points of articulation. They cost about 30 dollars, but are exclusive to two different stores. Daniel LaRusso can be bought at Calendar Club, and Johnny Lawrence can be yours from Books A Million.