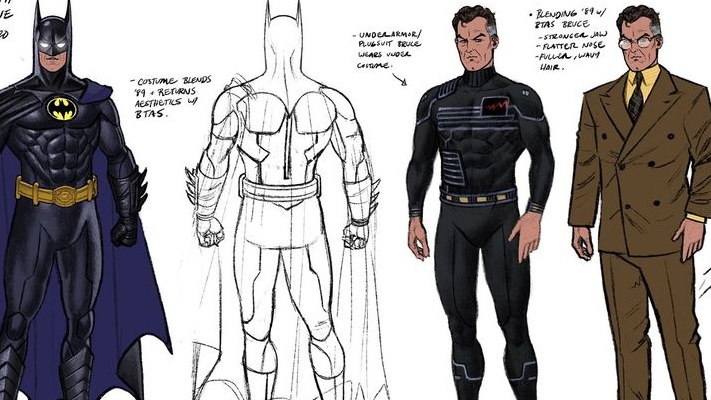 We’ve talked about Batman ’89 before, the comic which takes place in the same universe as the Tim Burton films. Just about 1½ week before the first issue is out, DC has shared concept art of characters which were planned but realized for the movies with different actors. They are now getting a second chance in the comic.

Among them, we have Robin, who was planned to be portrayed by Marlon Wayans (G.I. Joe: The Rise of Cobra, The Heat) in Batman Returns. We also see a version of Two-Face’s alter ego Harvey Dent with the look of Billy Dee Williams (Star Wars: The Empire Strikes Back, Mahogany). Plenty of other characters are shown as well, and even some of Batman’s vehicles.