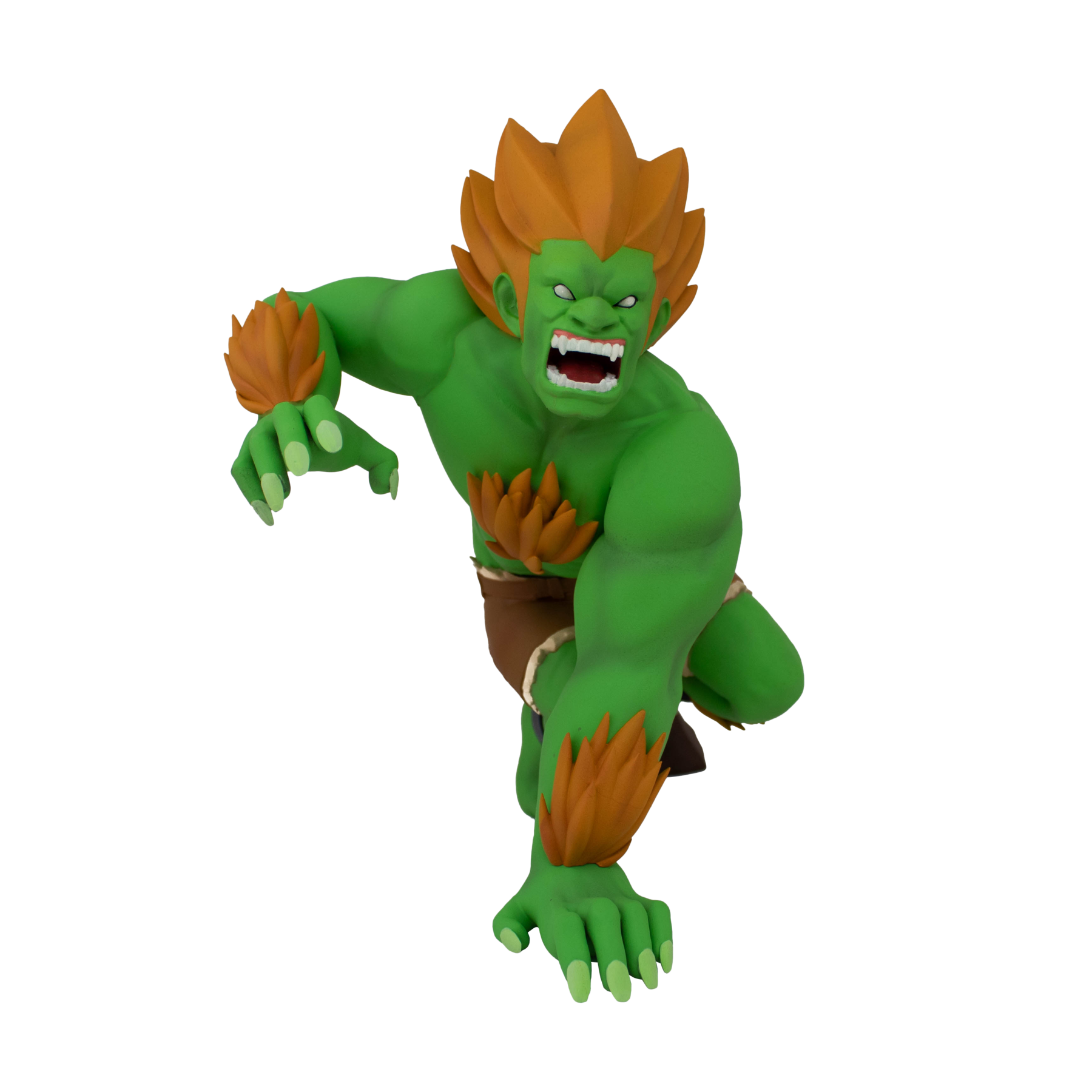 Blanka, the once human who after a plane crash became an electrical beast, returns as a figure from Icon Heroes. It is designed by comic artist Joe DellaGatta, whose previous work includes The Legend of Luther Strode.

This figure stands around 8.5″ tall and weighs 1.0 lb. It will be numbered individually and will come with a certificate of authenticity, so people will know you haven’t faked it. This limited edition will cost $125 and will ship the first quarter of next year.

Blanka is one of the eight original playable characters from Street Fighter II. He specializes in electrifying his opponents, as well as quick rolling ball attacks.