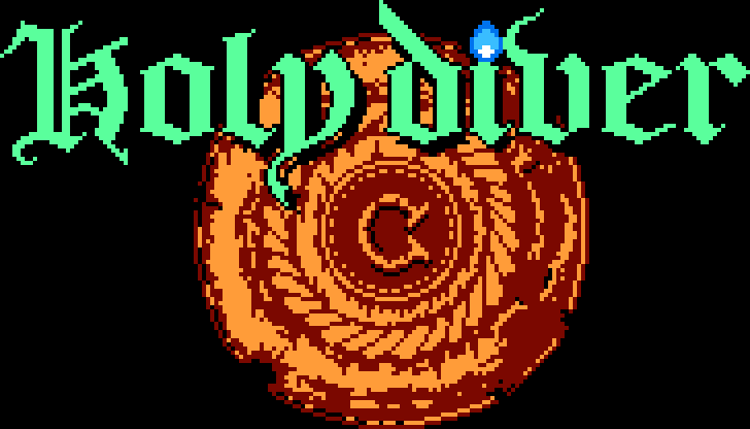 New Nintendo Entertainment System (NES) games are not all that common. That is why when RETRO Magazine hears about a new one we are there to cover it. Holy Diver getting an officially licensed cartridge, plus feelie extras, release is cause for celebration. Retro-Bit has already released Holy Diver on their Retro-Bit Generations console and now, now Holy Diver will finally come to North America on a cartridge, with extras, and a special box. This is how such a cool game should be treated.

The official reasons for Holy Diver not seeing a release way back in 1989 are unknown. The fact that Retro-Bit have acquired the rights and are releasing a legal collector’s edition is beyond cool. Seriously, these guys are awesome. There are not many companies acquiring the rights and releasing games legally.

The story for Holy Diver justifies the religious trappings in the levels as well as the weird intestine looking area all in one concise game world. In the 666th year of magic the Crimson Kingdom is about to fall by the hand of The Black Slayer, Demon King of the Underground Dark Empire. Ronnie IV, the 16th Crimson Emperor entrusts Randy and Zakk, his two infant sons, to a faithful servant named Ozzy. Slayer’s forces are making their way across the Crimson Kingdom leaving a swath of death and destruction in their wake when Ozzy takes Randy and Zakk to another dimension till the infants are ready to bring light to the world.

Dark. Dank. Deadly. Sad. Just a few words that describe the situation the characters are facing. What gamers will be treated to is an action adventure that has Castlevania style tendencies with the difficulty cranked up at least one more notch. 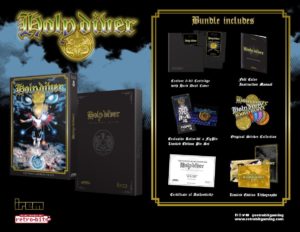 Now, about those feelies that fans can expect. Holy Diver will release on a custom 8-Bit cartridge with a hard dust cover, full color manual, exclusive Retro-Bit FigPin and limited-edition pin set, an original sticker collection, certificate of authenticity, and finally limited-edition lithographs.

Holy Diver is finally getting the treatment it deserves.