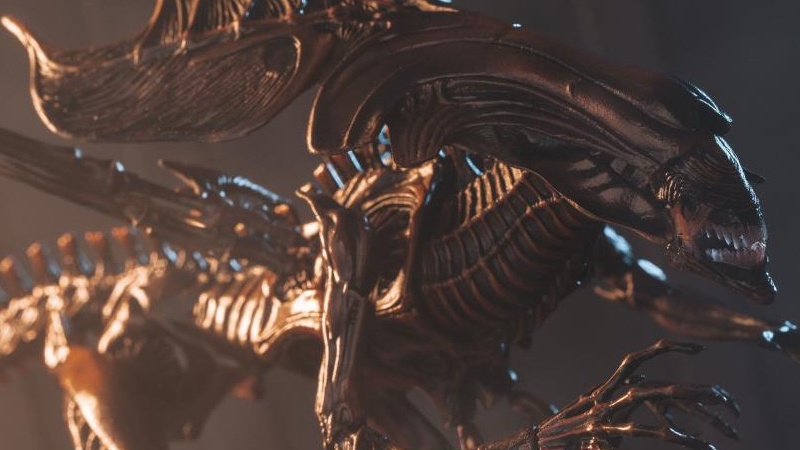 Remember Alien Resurrection, the sequel which admirably tried to fix everything that Alien 3 did wrong? While not living up to the standards of the original and Aliens, it was still quite an entertaining film. It had some interesting plot twists and reworked designs of the Xenomorph. Such as the Cloned Alien Queen, which is now seeing an action figure release by Hiya.

Her royal highness will cost you $49.99 to pre-order and you can expect her to arrive in February next year.