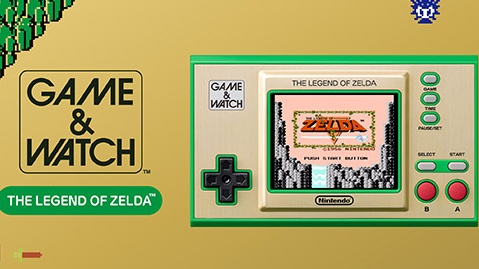 Game & Watch took the world by storm in the early 80s, with their simple combination of a game and a clock. A few years later, the Zelda series arrived to Nintendo’s consoles and the Game Boy. These games are now packaged into a single Game & Watch to celebrate the series’ 35th anniversary.

The titles included are the original The Legend of Zelda, its follow-up The Adventures of Link, both NES titles, and Link’s Awakening which came out on the Game Boy. Also included is the Game & Watch classic Vermin, this time starring Link as the protagonist. A few nifty bonus features are included, such as a time attack mode in Adventures of Link. Both Japanese and English versions are to be included.