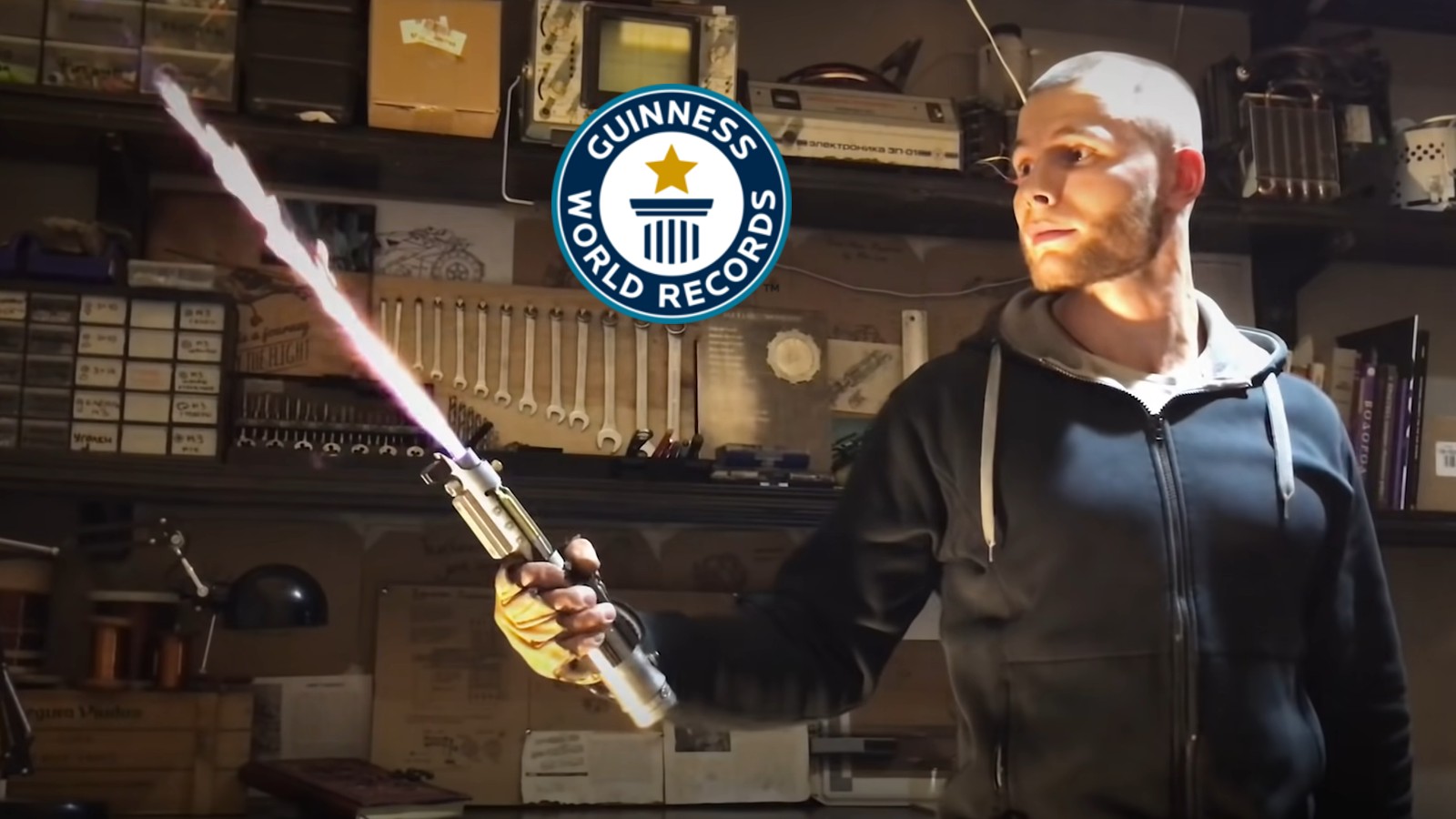 Since the late 70s and early 80s, kids from all over the world were inspired by Star Wars and its espectacular lightsaber fights. Even though the original trilogy didn’t have the acrobatic fight scenes, we still imagined fighting the Dark Side with a lantern or a toy replica, making the sounds ourselves every time we hit something. What seemed impossible, is now real, or at least in some part, with a YouTuber who made the world’s first functional lightsaber.

Of course, making a real lightsaber like the ones we see in the movies is still impossible, but at least he made something similar. Alex Burkam shared last year on his channel called Alex Lab, how he made this lightsaber that uses pressurized hydrogen to make a flame that resembles the laser blade.

This week, he was granted a Guinness World Record for being the world’s first functional lightsaber:

Alex also makes other cool stuff on his channel, like a real Iron Man suit. So check it out if you’re into this kind of achievements.