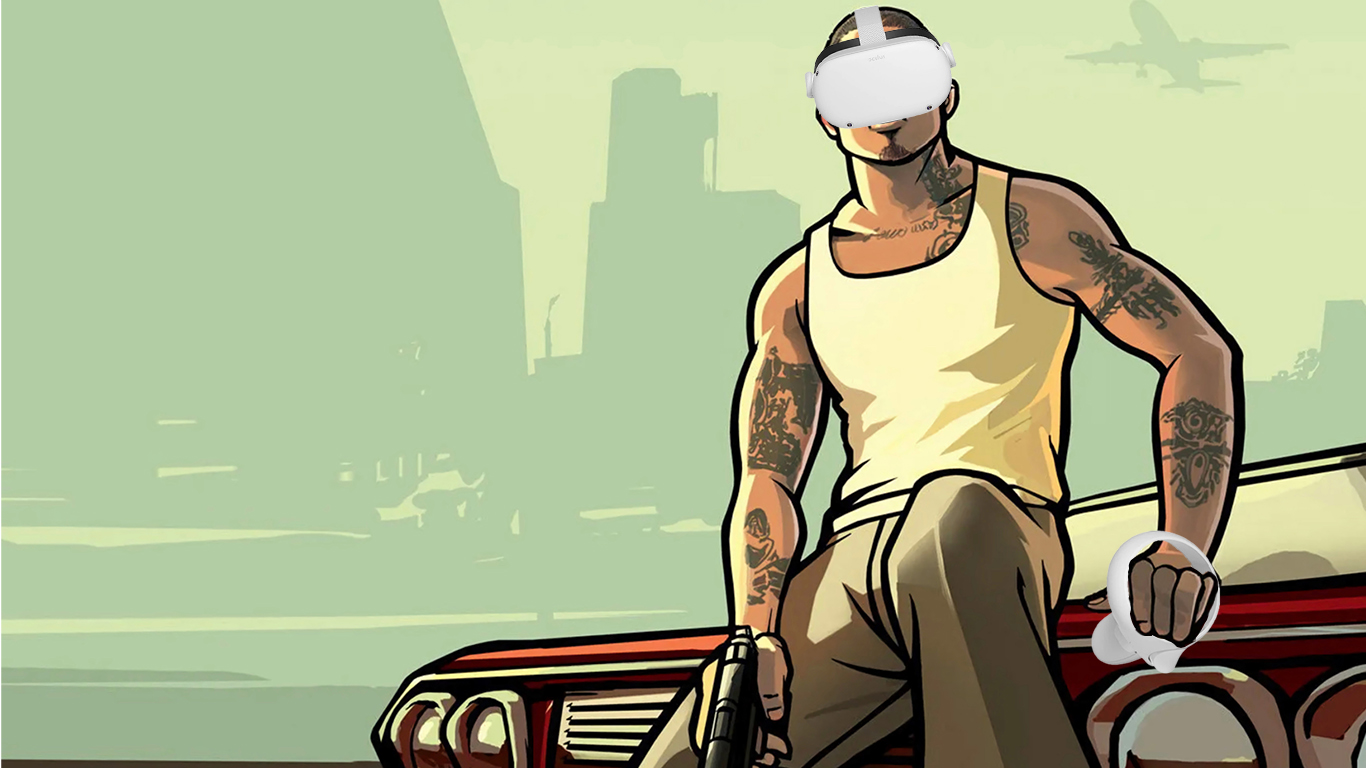 Here we go again, but now in VR. Facebook announced today that the classic Grand Theft Auto: San Andreas will have a version playable on the Oculus Quest 2, their virtual reality headset.

It was Mark Zuckerberg the one that made the announcement during Facebook Connect 2021, but no further details were given about how it will play or when it will come out. So far, the only thing that was mentioned was that this version of the game is currently in development, so we’ll have to wait sometime to see its first glimpse of gameplay. Could it change completely to a first-person view or will it stay as a third-person?

In a couple of weeks, we’ll be able to play the original 3D GTA Trilogy with their Definitive Edition on modern consoles and PC. San Andreas will actually be free for a limited time on the Xbox Game Pass subscription, while GTA III will be on PS Now.

Remember that we now have a Store section, where you’ll find GTA games as well as thousands of retro games, consoles, and accessories. You can check our catalog right here.