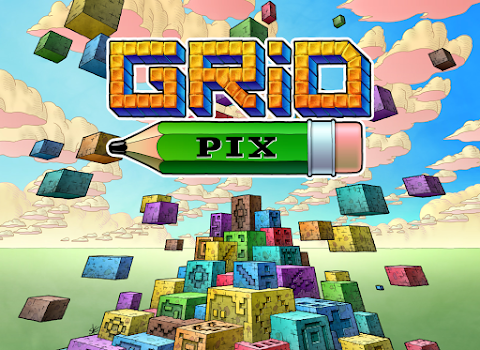 Nonogram puzzles are simply puzzles that use a grid and numbers to create an image. The challenge comes in figuring out what the numbers mean in relation to the grid. Smaller grids are obviously easier but also feature much simpler images once you completed them.

I know, you may be thinking this does not sound fun. For you, may I suggest one of the other articles that we have available here at RETRO Magazine?

For everyone still here, you probably know how fun nonogram puzzles can be. Grix Pix will bring a variety of puzzles ranging from super easy (5×5 grids) to harder puzzles (15×15 anyone?).

According to our friends over at RGCD.co.uk developer Carleton Handley used the puzzles from Mario’s Picross to test the data in Grid Pix. This means the data is handled the same way between the two games (see where this is going yet?). Yep, once shipped, it should be no problem for a home developer to figure out a way to import the Mario’s Picross puzzles to the Commodore 64 Grid Pix. Hint, hint.

Grid Pix will allegedly ship with 100 puzzles built in and features the ability to import more puzzles (see above you unnamed independent homebrew developer that can read between the lines). These future level packs will apparently be available in .D64 format and will be made available to fans at a later date (no information on how much they will cost or potential for free expansion packs).

Fans can also submit puzzles for consideration to be included in a future expansion pack as well.

RGCD.co.uk will be releasing Grid Pix in their store later.