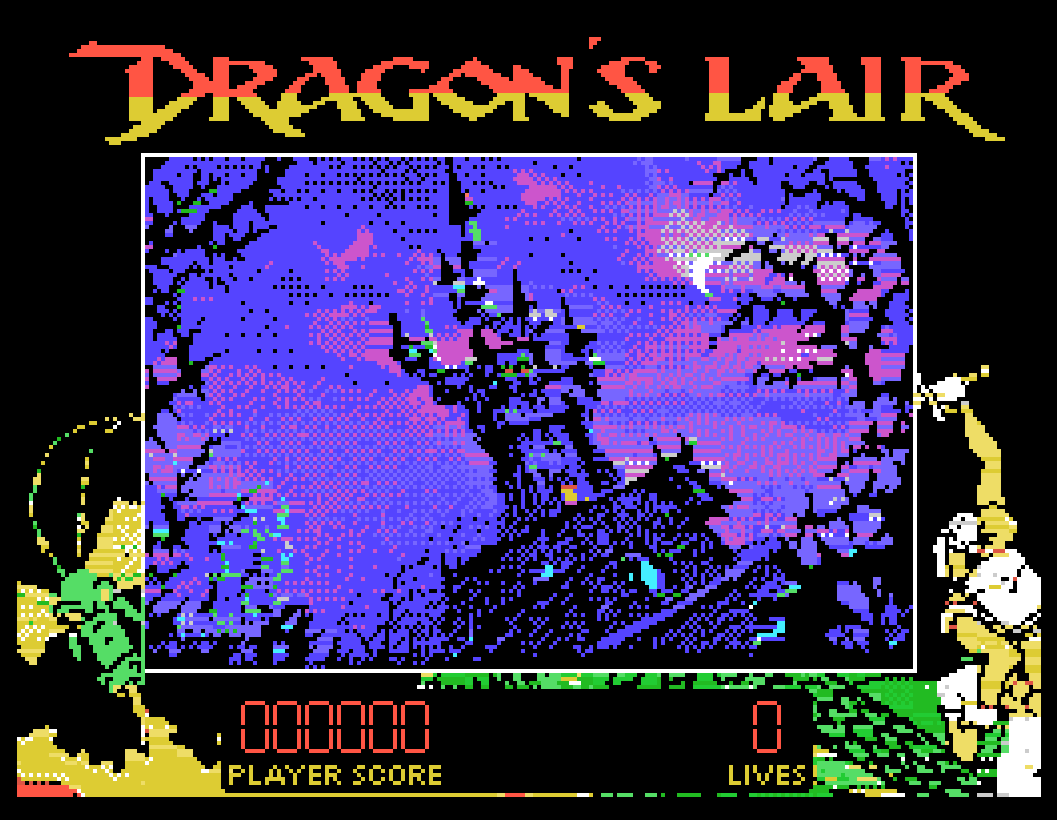 Dragon’s Lair is one of those titles that even non-gamers know about. While it never achieved that Myst or Doom level of exposure, the classic Full-Motion Video (FMV) title still has transcended gaming in many respects. Many fans over the years have ported Dragon’s Lair to various platforms but this port for the Texas Instruments TI99 computer is one of the only officially licensed ports. Independent homebrew developer Mike Brent has worked out how to get the full laser disc game onto the TI99. Don’t worry, everything needed will be in the box.

First, this is not a port of Dragon’s Lair to the TI99 in the traditional style that fans may be expecting. This is the full laser disc game. Not an interpretation like the Nintendo Entertainment System, Super NES, or Game Boy versions that we saw release so many years ago. No, this is the full game from the arcade.

Through Harmless Lion, Mr. Brent plans to release a physical cartridge, which contains additional chips to make this happen, in early 2019. This cartridge will contain 128MB of space. Part of the reason for that short notice is his license for the game runs out closer to mid 2019.

This means the release will be a short run. According to our friends over at Retro Video Game Network, this run is expected to be 100 copies priced at about $88. They also note that as the deadline looms, this limited run of copies could be even more limited due to the deadline for the license.

What that means is, if you want a copy of Dragon’s Lair for your TI99, or are just a hardcore fan, your chance to get a copy is going to be small, go fast, and it if you want to avoid eBay scalping, you better be quick.

Right now, we are not sure where Harmless Lion will sell their port. (edit based on comment from developer in comments), a popular independent homebrew marketplace (they have killer forums as well, you should check them out).