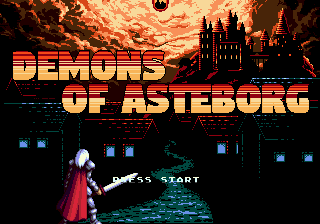 Demons of Asteborg, the upcoming Mega Drive/Genesis action game, finally has a demo available for Kickstarter backers. It contains a full level with several sections, including a tutorial and a boss fight. Starting off in a village, protagonist Gareth can learn a Zelda II-esque downthrust attack by heading straight to the left, before being interrupted by a fleeing villager informing him of invading demons. Then comes some varied action and puzzle sequences, before a showdown with an executioner for a boss. Though a bit rough here and there, the demo is commendable with cleverly thought out level design, impressive graphical effects and a wonderful soundtrack in Castlevania style. 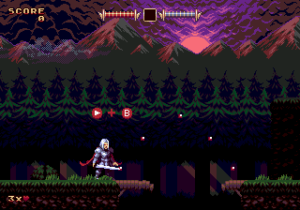 Demons of Asteborg was successfully funded by Kickstarter in 2019 and is set for release later this year, including a port for the Switch. The game pays homages to other classic 16-bit titles, such as Castlevania, Ghouls ‘n’ Ghosts, Mickey Mania and Space Harrier.