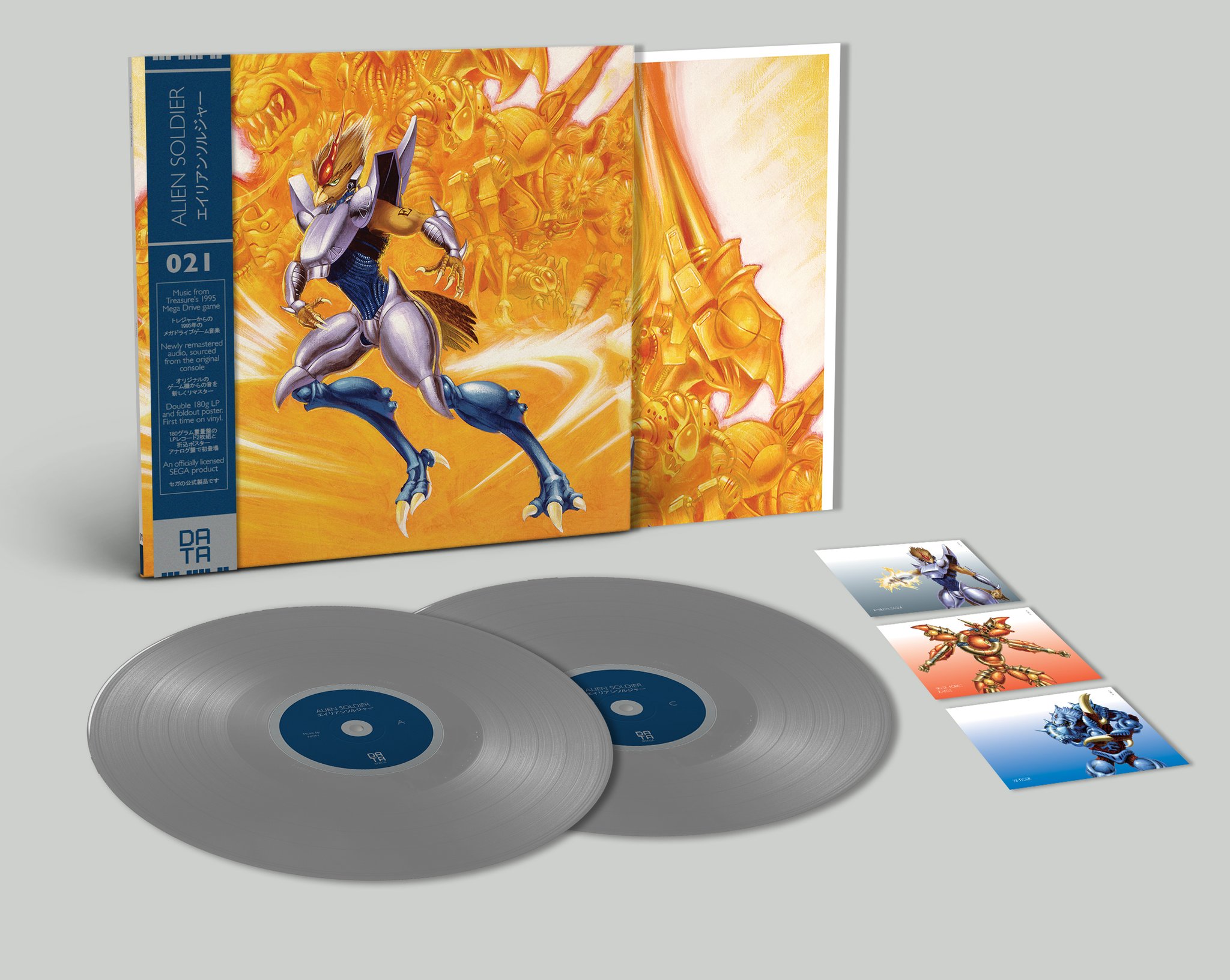 While Alien Storm was first released by Sega in the arcades in 1990, and ported to the home console the following year, Data Discs have decided to release the OST of the latter. The Mega Drive soundtrack comes in a “heavyweight sleeve featuring textured ‘alien tentacles’ that are both embossed and spot glossed on the front and rear”. The audio is recorded from original hardware and remastered. The soundtrack comes in three editions, of which the limited edition is already sold out.

Alien Soldier was originally released for the 16-bitter in 1995 and developed by Treasure. It comes on two discs, also in a heavyweight sleeve. An extra addition is a poster of the original artwork. Like the Storm vinyl, Soldier comes in three editions, of which the limited one is also sold out.

Pre-orders are expected to ship 15th of July or before.