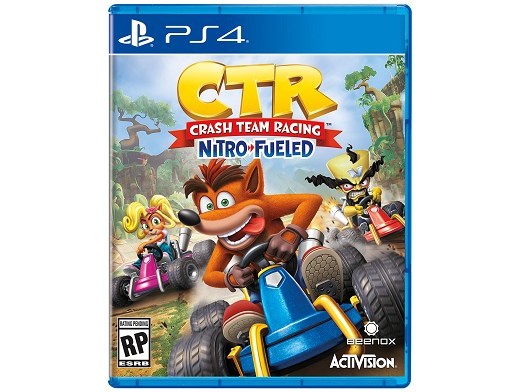 Nintendo pretty much owned the kart racing genre when they dropped Super Mario Kart on Super Nintendo fans in 1992. There simply was nothing to compare for years. One title that did find its legs and was able to stand tall alongside Nintendo’s classic kart racer was Crash Team Racing on the original PlayStation console. I am not forgetting that Sega tried to compete most notably with Sonic R on the Sega Saturn, it is just that title, and their other attempts over the years, simply did not resonate with fans. Crash Team Racing was able to not only stand tall against the Mario Kart franchise, by now having seen release on the Nintendo 64 as well, but in many ways, was more fun than Nintendo’s offering. Most recently, we found out that there will be a throwback of sorts to those days of 1999 in Crash Team Racing Nitro-Fueled for the PlayStation 4.

While this throwback is not exactly resurrecting the PSOne classic on modern hardware, it is pretty close. For one, the retro inspired graphics are based on the character select models from the original Cash Team Racing game and not the in game race modes. According to the PlayStation Blog, this is an attempt to bring as much character attitude as possible to the PS4 game. I am fine with that.

There will also be a retro track available, inspired by a track from the original Crash Team Racing. Check the video out above for more information on the exact track in question. I hope there are more retro tracks included in some form later though.

According to Highsnobiety, there will be retro skins for Crash, Coco, and Cortex along with retro karts. This is great news for gamers like me that checked in and out with the original Crash Team Racing (my love for kart racers was an extremely short period due to personal issues).