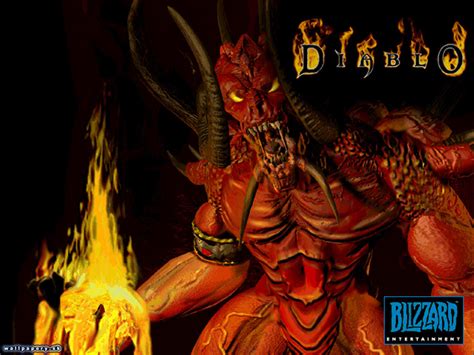 File this one under “When Hell freezes over” because no one thought they would see the day that Diablo was available digitally outside of Blizzard’s own Battle.net service. I know I never thought I would see the day. It is here and I am floored. GoG.com has somehow secured a rather big title for their service in Diablo. There is no other way to honestly look at it. The kicker is the price.

For a measly $9.95 you can not only pick up the original Diablo but also get the usual GoG.com fixes that fans have become accustomed to. Namely, Diablo now works just fine with Windows 10 while supporting graphical tweaks for modern hardware (namely wide screen support and high resolution graphics). For purists, you can play Blizzard’s take on the Rogue-like genre in its original format of 20 frames per second, SVGA graphics and use Blizzard’s Battle.net service for match making.

For those that don’t know, Diablo was a graphical overhaul and general improvement over Rogue-like game. Namely, randomized dungeons, tons of enemies, and a general lack of knowing exactly where to go next that requires exploration to advance are all staples of this genre. Diablo has that in spades.

Extras that Blizzard added that set Diablo apart from similar entries is namely a story and static characters that can further that story. They also added a town and shop options and a ton of mystery, often by the lack of giving enough details. These touches took Diablo to a whole new level versus games available around its late 1996 release.

The expansion pack is not included in this release so it is not “perfect” but it is pretty close and is frankly quite awesome.

Now you can head over to GoG.com and grab a copy of Diablo complete with DRM free files. GoG.com has even prepared a guide to setting up Battle.net for modern computers as well.