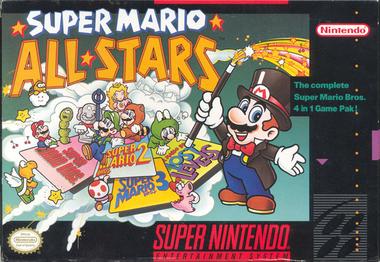 We live and breathe retro gaming. It is not just a title to us. It is a way of life. Part of being a member of the retro gaming community is paying respect to what makes this hobby so fun and interesting. No better time to do that than a major milestone such as an anniversary. That is what all of these, quite dissimilar, titles have in common – they are all celebrating a major birthday milestone in August.

When Konami released the original Gradius in mid-1985 they probably had no idea how popular their newly minted franchise would become. With that popularity comes sequels. Sequels of sorts anyhow. Another sign of popularity is expanding the universe that the previous games shared. That is what Lifeforce does. Not a direct sequel but rather a spin-off telling another piece of the overall story from the Gradius universe.

Two player cooperative gameplay, horizontal and vertical scrolling levels, and a simplified power-up system are just a few things you can expect from Lifeforce. Fans would have to wait about a decade for a direct sequel though. The NES version turns 30 years old this month.

Nintendo knows how to make games. That is why their titles hold their value so well, other than Super Mario/Duck Hunt anyhow. Super Mario All-Stars is a collection of four 8-Bit Nintendo NES Super Mario games – one of which was not released here in any other way up to this point. A year later Nintendo made another compilation that included Super Mario World bringing the total game count to five.

This is the epitome of 8 and 16-bit platforming fun. There are no if’s ands or buts about it. What could have been a cheap cash run, like what we see from Sega, where nothing new was added to the re-release, was so much more. New graphics, new music, but that classic gameplay is the icing on the cake that Nintendo baked for fans.

Back before Square purchased their largest and most competent competitor, Enix, they had to work to make their releases extra special for fans. Secret of Mana is just such an example.

Fans of espionage movies and games will want to check out James Bond: The Duel on Sega Genesis. Large sprawling levels, stealth moves, damsels in distress, and bombs to diffuse while fighting the baddies are all here. Where James Bond: The Duel stands out is that it is one of the few James Bond games not based on a movie or book from the franchise so fans who want the full story to have to hunt this one down. May I suggest Game Gavel?

The sprites are a little smaller than what you may be accustomed to from other games but that is on purpose. Imagine how tough this game would be if the sprites filled the screen like a Neo Geo game.

Dinosaurs are currently ruling the theater, again, with Jurassic Park: The Lost World but 25 years ago, that franchise just getting started. Jurassic Park by Sega was quite a success, so much so that faster than you may realize, Sega had a sequel out that fixed a lot of the problems of the first game. Many fans mistakenly call Jurassic Park: Rampage Edition a “fix” of the first game when it was marketed as a sequel (this is Sega, folks).

Where things got interesting with Jurassic Park is that you could control a Velociraptor or Dr. Grant. Unfortunately, if playing as the dinosaur you get a shorter game – missed opportunity there, Sega.

Capcom had a hit on their hands with Final Fight, not on the same level as that of Street Fighter II but still a hit. That caused two sequels on the Super Nintendo, one of which is turning 25 years old this month. Final Fight 2 also brought a few Easter Eggs for hardcore Capcom fans along with more knuckle busting, head cracking, action the franchise is known for.

Having heard the complaints by fans this second outing on the Super Nintendo now offered two player cooperative gameplay. For some reason, we lost two mainstays though (Cody and Guy) while Haggar stuck around to finish cleaning up the streets, this time on a global scale.

Back in the day, Capcom had some stiff competition in the arcades, and to a lesser extent in the homes of fans, in the form of SNK and their Neo Geo arcade machine, and home console. While not a direct competitor to Street Fighter II, which did not feature weapons other than Vega, Samuraii Shodown goes all fantasy with the fisticuffs.

Not only that, they added in some major hardware coolness. As you near your opponent, the screen zooms in making even the smallest character quite a detailed sprite to control. Besides the graphics fun, Samuraii Shodown was a fun game and offered a new challenge that Street Fighter II simply could not offer fans.

Before you hit Game Gavel and purchase your copy of this next title, please be warned, back in the day we liked our games hard. Aero the Acro-Bat is just that – a tough game. This is slightly outside the wheelhouse of Sunsoft and probably caught a lot of fans off guard.

The 2D levels were often approached as standard action platform fare. That is the first mistake gamers make. Each level has certain requirements to be met before the exit can be revealed. Not just running from the left to the right like other games of the time certainly threw gamers off.

Finally, closing out the 25 year-old club is a classic franchise that Sega has all but completely given up on. Shinobi III: Return of the Ninja Master was the last official outing by Sega – the Saturn Shinobi game was licensed off to Vic Tokai in North America and is hardly a Shinobi title.

Shinobi III featured new gameplay ideas that focused more on speed than stealth and difficult situations. That might have turned off some fans but for the rest of us, it was awesome. I mean, how many other games allow you to ride a horse and fight baddies that are not called Sunset Riders? You know what you need to do Sega. Please start going that direction.

The 20 Year-Old’s Are Coming

Working Designs were well noted for their porting of Japanese games for North American audiences. Some of their more interesting ports were bringing games over from the Sega Saturn in Japan to the Sony PlayStation in North America. Quite a feat considering the differences in hardware here (much more difficult than modern developers may have it with very similar graphics cards and other hardware).

I remember my first experience with Thunder Force V. It was amazing, and it was hard. I died. A lot. The 2.5D effects were awesome, the bosses massive, and the music was all out cool. Ah, the memories playing this one.

If you into doing a little online shopping you can score some really great deals when you buy cheap video games online.