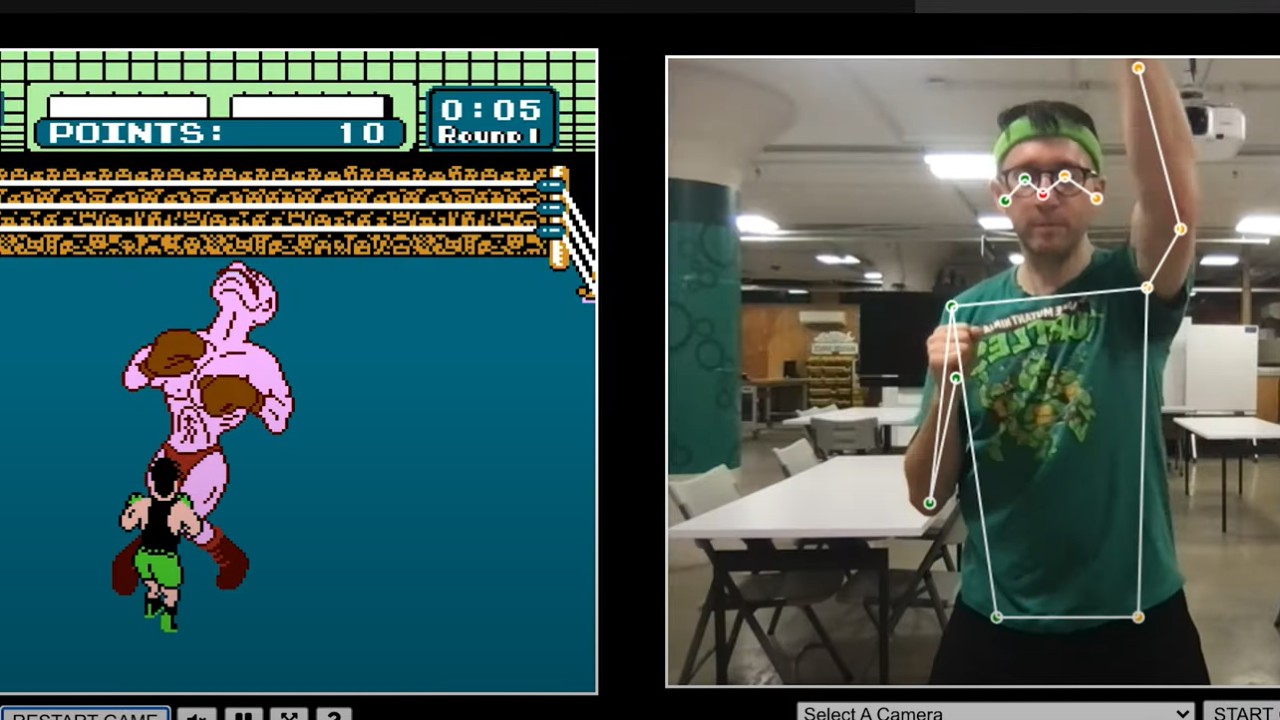 The idea of having motion control in games goes way back in the industry. Even though Nintendo’s Wii was the first console that exploited this function, there were several attempts made by third-party companies on the NES and Genesis consoles, but none of them worked properly. Jump forward 30 years and now you can play the classic Punch-Out!!! using your own body movements.

Youtuber Ian Charmas is an engineer that tries different technology innovations on his channel, and on his latest video, he explains how you could play this famous NES title with motion control. Basically, he used a powerful AI called Google’s MoveNet that can detect 17 different points of articulation in a human body. He hacked the AI so that it could translate the movements into commands in the game, and the result is Punch-Out!!! with motion control.

Here’s how he accomplished this feature:

The last game in the series actually had motion controllers. In Punch-Out!! for Wii you had to use the Wii Remote and the Nunchuck to play, you could also use the Wii’s Balance Board for more precise movements.

So, you think you could take on Mr. Dream (aka. Mike Tyson) like this?

Remember to check out our Store where you can find hundreds of NES cartridges for sale.