Atari was one of the first companies in the world dedicated completely to video games. Founded by Nolan Bushnell and Ted Dabney in June 1972, it helped kickstart the arcade and home console businesses first in the United States and then into the rest of the World.

As part of the company’s 50th Anniversary that will be celebrated next year, they unveiled a new logo to commemorate the event. They named this logo “GoldSchool Sunnyvale” for two primary reasons: first as a tribute to their original studio that was based in Sunnyvale, California; and also because next year will be the company’s “golden anniversary”.

“On behalf of the entire Atari team, I’m proud to unveil this commemorative logo and launch the celebration of our 50th anniversary. Atari has an exciting year ahead, filled with new and commemorative products that will delight our fans; including the launch of new premium game titles, new business initiatives, and several really exciting lifestyle product collaborations.”

So, as he mentioned, we’ll be seeing this logo frequently throughout the next year in merchandise, marketing communications, and (most importantly) video games. The first products to use the GoldSchool Sunnyvale logo are T-shirts that you can find in their official store. 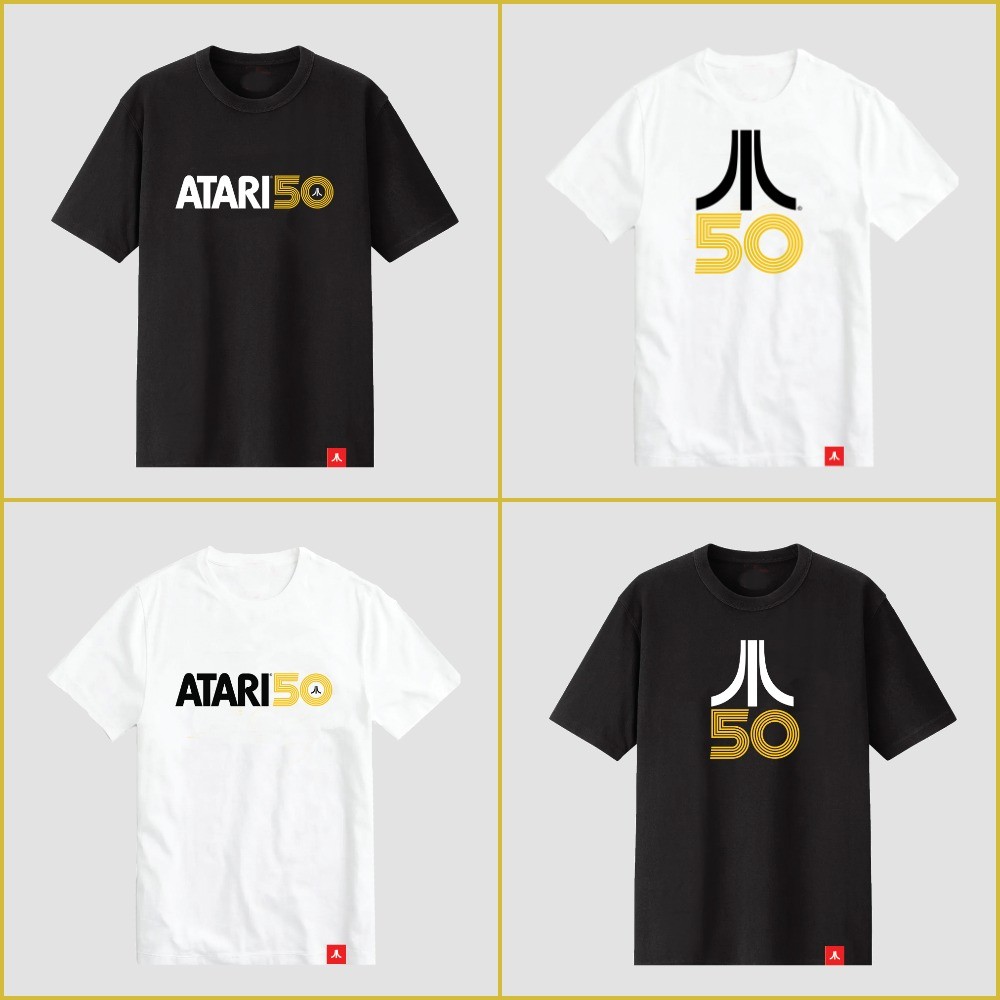 For more retro gaming goodness, check out our Store.