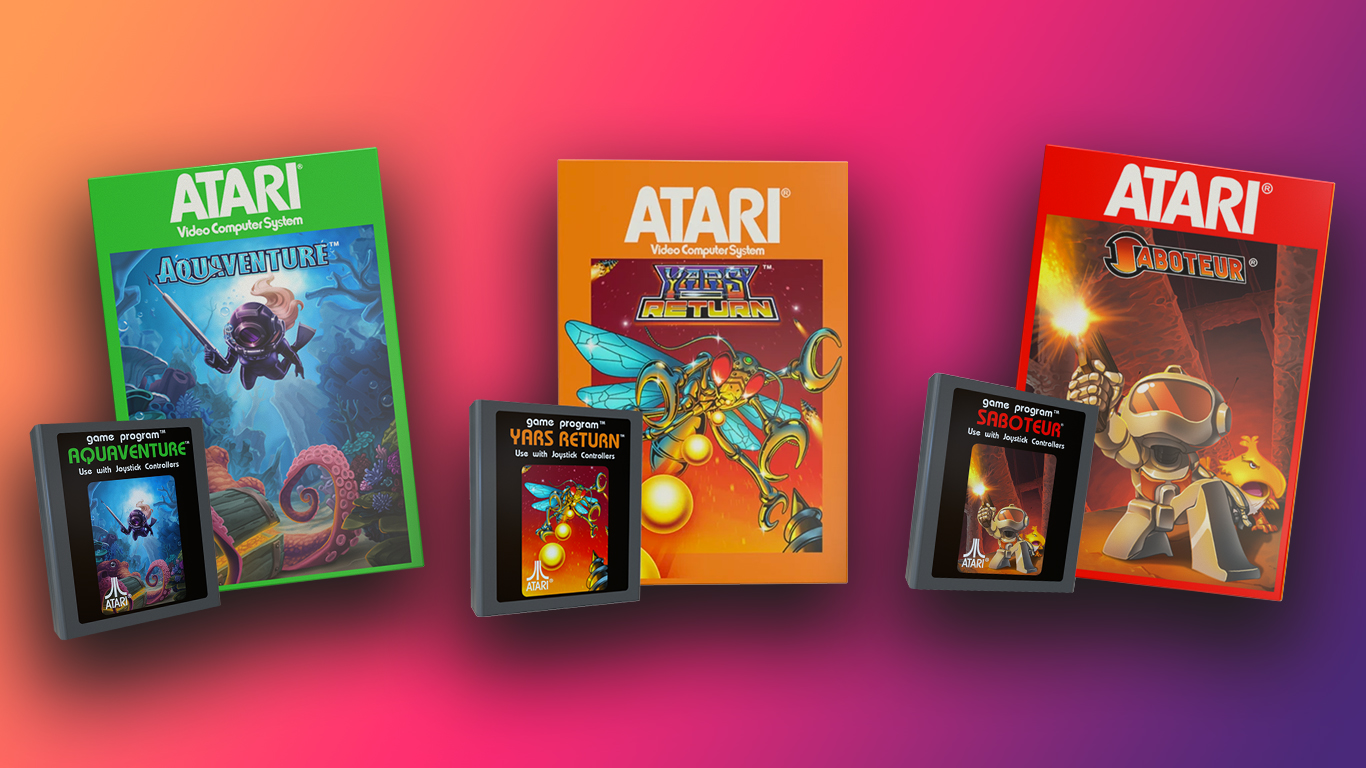 Thanks to a new initiative called Atari XP, previously rare, unfinished, or unreleased games are coming back in a big way. Three official games will be sold soon to fans and retro collectors after decades that the Atari 2600 console was discontinued.

These games are Yar’s Return, Aquadventure, and Saboteur. Each game will come in a Standard Edition priced at $49.99, and they will come in the classic black cartridges and complete in box, just like if you were to buy them at your local tech store back in the ’70s and ’80s.

But there will also be a Limited Edition priced at $149.99 each, which will also include additional material for collectors such as a certificate of authenticity, a poster, a pin, a badge, a poster, and a digital version for the Atari VCS.

And these are only the first three games that will be included in this initiative. They’re planning on releasing more rare games, as well as a new edition of classic and favorite titles. So, if you still have your old console it’s a great time to play new official games on it.

For more information, check out their web page by clicking right here.

Atari will be celebrating their 50th Anniversary next year and this is just the beginning. They also unveiled a new logo last week.

Here at Retro Magazine, we have a similar initiative where you can find new games that were previously unreleased for several consoles, like the Atari Jaguar, Sega Genesis, SNES, Game Boy, and more. Check them out right here.