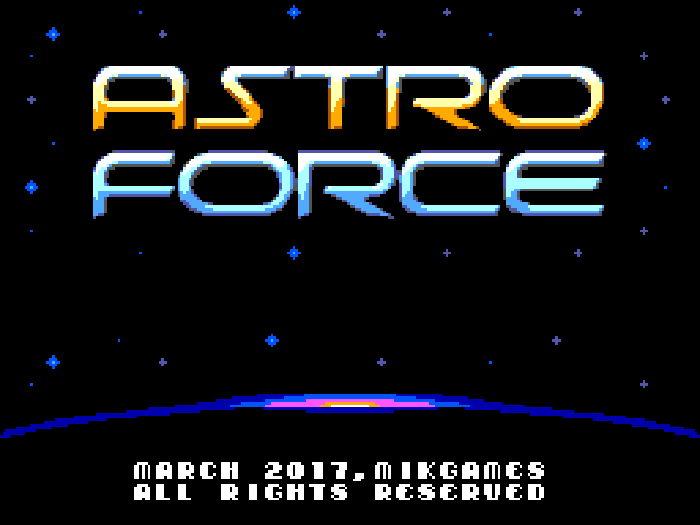 Sega’s Master System console was not exactly a tour de force against the Nintendo Entertainment System. This could have been due to Nintendo’s business practices back then or something else. No matter as fans are more than willing to keep the Sega Master System alive and well with new games. There is an annual coding competition which is where Astro Force came from. We thank you, fans of these consoles from yesteryear, for keeping them alive and well.

As with most shooters, aliens are invading the planet Earth and you are the only hope we can depend on. Other than that, the story is standard fare, so I will skip boring you with it here.

Instead, I want to discuss what Astro Force offers overhead scrolling shooter fans. 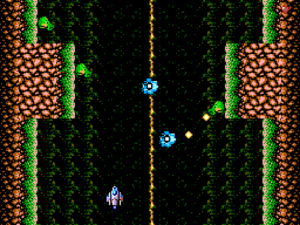 6 unique stages containing original music, enemies, a final boss, etc.
11 bosses total
30+ different enemies that are waiting to be ventilated by your blasters – if you are good enough to do it
An introduction sequence and ending

There is a lot going on in Astro Force – as you fly over the various landscapes which change up regularly, you will see rivers, buildings, roads, and more. Bosses are obviously larger than you and are going to take more than a few shots to bring down. They each have their own offensive weapons just waiting to take your ship down. 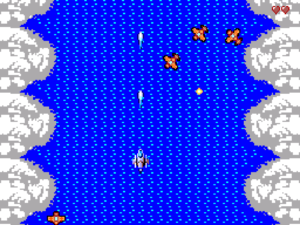 Astro Force is about on par with what I would think Thunder Force II would look like on the Sega Master System. Enemies come in from all areas of the screen fast and furious like.

If you are a fan of scrolling shooters then Astro Force may be your cup of tea. It is not a puzzle game like most homebrew games seem to be lately.

Head over to SMSPower to grab a copy of Astro Force and let them know RETRO Magazine sent you.