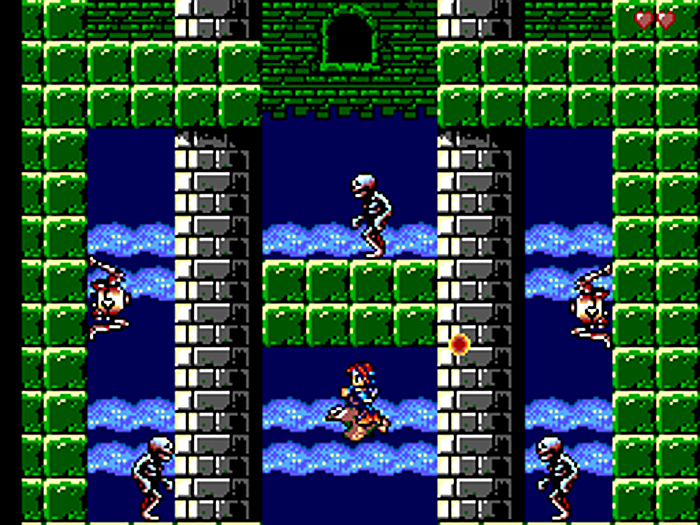 It is not that often that we get to discuss new Sega Master System games. That is exactly what we are doing with Silver Valley though. There is a strong Wonder Boy and Castlevania vibe going on here which is a wonderful thing. There is even a call out to the Darius games. Even better, Silver Valley is now available to download.

SMSPower.org member, eruiz00, has crammed A LOT into such a little space here. The backstory involves killing a dragon which is never an easy task. What is important with Silver Valley is what you go through to reach the culmination of your actions.

Over 60 stages running the gamut of platforming, flying/shooting, and even sailing. At first you may think there is an identity crisis going on in Silver Valley but trust me, the levels work well using the various themes and create an intriguing overall feel.

There are seven bosses to take down in Silver Valley which means you are not going to beat this one in one sitting on the first try. I mean, you can try but I doubt you will do it.

There is even a bit of role playing to work with as the story pushes things forward as you play. I am not going to try and convince you that this is a “metroidvania” style game, even though the levels have a bit of exploration to them, it is more linear than Metroid offered.

Graphically, Silver Valley is impressive and does not look like an independent release at all. I don’t mean that to knock other releases, just saying that Silver Valley is up there with the commercial releases we have seen in the past on the Sega Master System.

Head over to SMSPower.com and support the developers making games for the Sega Master System, it is how we get more stuff like this.