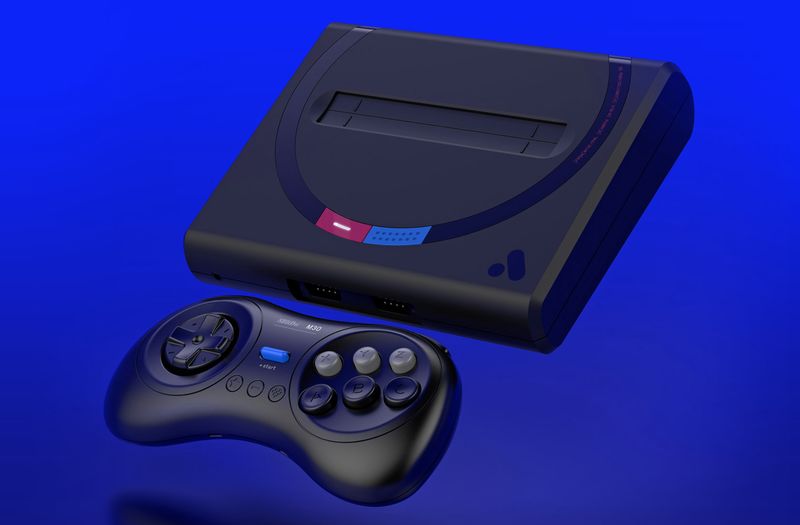 Sega Genesis fans are almost accustomed to second rate reproductions and attempts to cash in on the love for the Sega 16-bit console. From Hyperkin to AtGames, the Sega Genesis has seemingly only been valuable in name only as the actual hardware used to emulate the past console has been lacking in many respects. Most notably, the audio from these attempts has been the biggest culprit. Enter Analogue and their announcement of the Mega SG – the interesting thing is how they are handling the 16-bit Genesis reproduction.

If you are not familiar with Analogue, they have made a name backed by quality with reproductions for the Nintendo Entertainment System and the Super NES. Now they will be adding their take on the Sega Genesis to their lineup of reproduction units that are extremely close to the source hardware.

How close are they making the Mega SG to the original Sega Genesis? They included a port on the side to hook it up to your Sega CD (you still have it right?). How cool is that?

Analogue have plans to sell adapters to allow other platforms to be played on your television via the Mega SG unit. According to The Verge, Game Gear could be one of the early adapters released. Packed in with the Mega SG will be the first cartridge adapter that will allow playing Master System games. Sorry 32X fans ,Sega’s 32-bit add-on is not getting any love with the Mega SG – at least not at launch.

You may be wondering just how will the Mega SG get this “close to the source” quality audio and video. It is via Field Programmable Gate Array (FPGA) technology. This allows the Mega SG to simulate the hardware of the Sega Genesis down to the minute details.

The Mega SG will retail for $189 and launch in March 2019 so you have a bit of time to decide if this console is for you or not. While you think about it, you will need to pick your color from the four planned – color variations to match the European, Japanese, and North American color scheme as well as a white version.

The Mega SG will be region free, updated via the SD card slot, and will feature a ton of audio and video options for fans to tinker with for that perfect experience.

The Mega SG is shaping up to be the end all be all console for Sega Genesis fans that want to rock 16-bit on their HD television.

Pre-orders are now open over on the Analogue website.