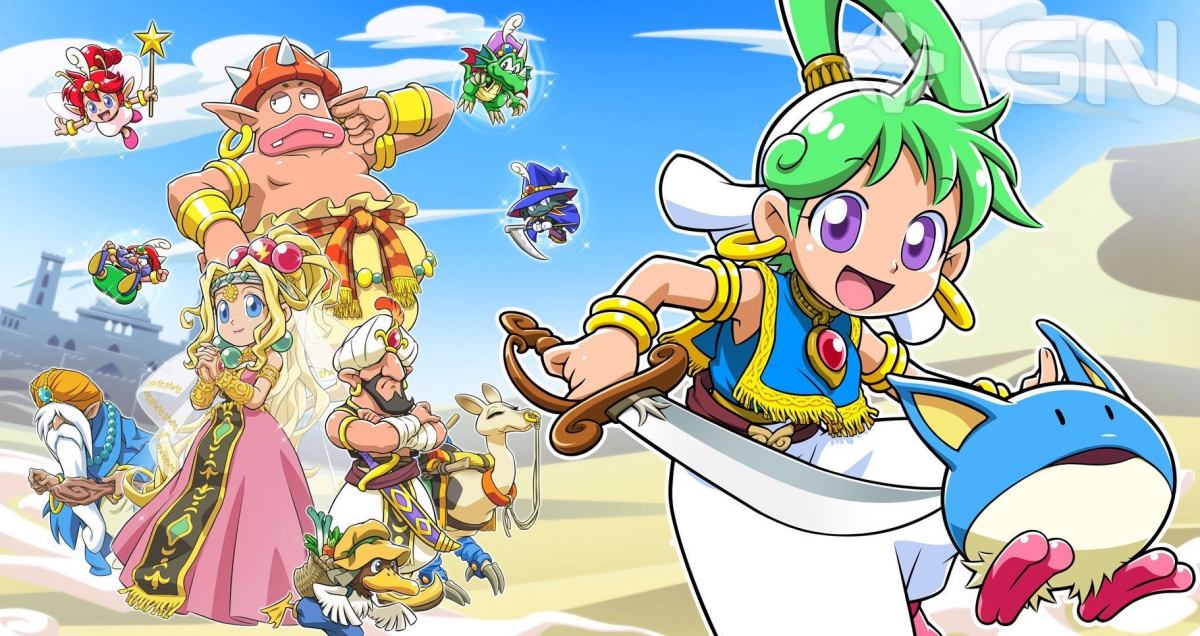 The Monster World franchise, a spin-off to Wonder Boy, had its fourth installment starring the female character Asha released in 1994. Wonder Boy was later rebooted in 2017, when Wonder Boy: The Dragon’s Trap was released. It was followed the next year by Monster Boy and the Cursed Kingdom, where Asha made a brief cameo. But now, she finally returns in another game of her own, in
Wonder Boy – Asha in Monster World.

Not much is currently known about the game, but promotional art shows the appearance of characters from the original game, including the genie and Pepelogoo, Asha’s pet companion. Pepelogoo helped her overcome various obstacles in the prequel, and also evolved by eating a fruit every now and then, which gave them new abilities. This entry in the series will be the first fully voiced one. The game will be released in early 2021 for Nintendo Switch and PlayStation 4. Here is a link to the official site. More info is due during the Awesome Indies, which will take place August 29th.

Monster World IV was released for the Sega Mega Drive in 1994. It is known for its great use of the console’s palette and more linear gameplay compared to its prequels. It is also one of the first fan-translated games for the console.