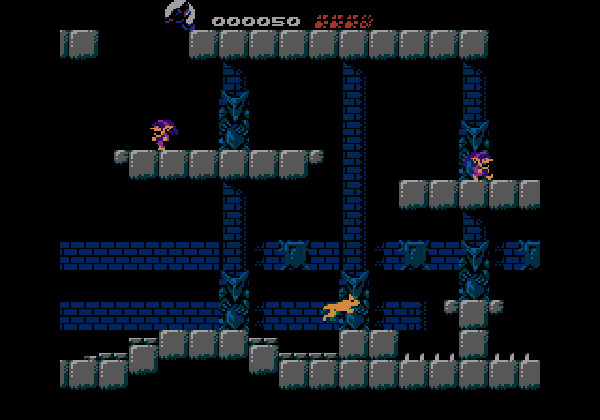 The Commodore Amiga and C64 are getting physical versions of Wolfling by developer Lazycow who has partnered with RGCD.co.uk. The physical editions will vary slightly from the free versions available on Itch.io though, vary in a good way.

In Wolfling you play Ling who is a prisoner in Baron Baranov’s dungeon. The Baron is quite fearful of creatures of the night and knows that Ling harbors the curse of the werewolf. You manage to get free from the chains holding Ling prisoner and now must traverse the Baron’s dungeon to win your freedom back. This is not going to be a simple quest by any means.

What separates Wolfling from the competition is having two distinct characters to control. Ling can punch, kick and throw daggers while in her werewolf form, she can jump, bite, and leap long distances.

Features that Wolfling’s physical editions will have include parallax scrolling, new items including a sword, save points, a mini map, and a power dash for Ling’s werewolf form. All this action will require a 1MB Commodore Amiga computer to run.

This is not going to be a straight port between the Commodore 64 and the Commodore Amiga. No, that would not work for Lazycow who are working to redraw all the graphics for the more powerful Amiga computer. This is interesting for an independent developer to take on that kind of workload but well, I am not going to complain one bit.

Check out the animated GIF’s here to see some of the promised improvements in action. Wolfling is quite a striking release for PC, Linux, Commodore 64, Macintosh, and the Nintendo Entertainment System. To say they are covering the bases is an understatement.

Fans of 2D side scrolling action adventures will want to check out Wolfling over on Itch.io where Lazycow have made available a public release of an early revision.