Games evolve over time, and as we described in a previous post, poker is one of those games. Up until the arrival of digital entertainment, other than playing poker with friends or at a casino, there were very few other options. But, by the 1980s, poker enthusiasts could play a video game version via the Draw 80 Poker arcade game. A slew of other games followed, from Vegas Stakes to Hard Rock Casino; today, the game has gone digital, playable online and through apps. The exact same thing has happened to dice games.

What makes the evolution of dice games particularly notable is that their history can be traced back thousands of years. While in 400 B.C.E. the Greeks first claimed that they invented dice, there is evidence of dice in Egyptian tombs dating as far back as 2,000 B.C.E. The oldest known dice, however, dates back at least 8,000 years to around 6,000 B.C.E.

JSTOR Daily notes that ancient Aztec rituals may have been the inspiration of dice games played by early Americans. Although they were games of chance, they required considerable dice tossing skills for the players to get the results they desired. However, the exact nature of those games remains vague; what’s not is the fact that people in America — and everywhere for that matter — were already playing dice long ago.

Games like Can’t Stop and Pickomino for number matching and Yahtzee for pattern matching were, thus, born. Before long, people developed more games, some based on the aforementioned games, like Catan Dice Game and To Court the King, which are both pattern matching type games. A popular example of a number matching game is craps, where players make wagers on the outcome of a dice roll. 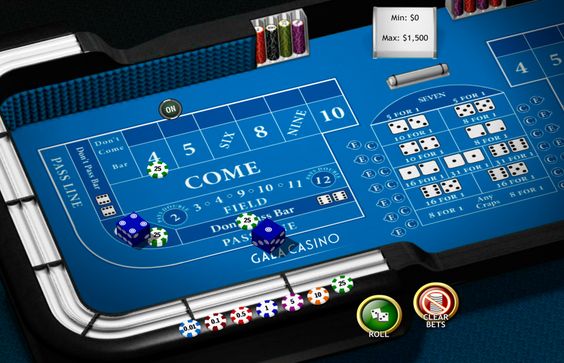 Dice games have gone hi-tech now, with players able to play them on computers, game consoles, and mobile devices. In the 1990s, for instance, players could play craps on Nintendo 64 via Golden Nugget 64, a collection of games that included Texas Hold ‘Em, Mini-Baccarat, slot machines, and yes, craps.

These hi-tech versions have made dice games accessible to people, whether here in Europe, or even in Asia, where dice games are immensely popular. Asia is home to a handful of popular dice games, like Sic Bo (China), Chō-Han, Bầu Cua Tôm Cá (Vietnam), and perhaps most notably, Hi Lo. In a guide to Thailand by Expatbets, it mentions that Hi Lo sometimes even catches the attention of foreigners in Thailand. It is a popular Thai dice game where players choose high or low. The outcome is high if the sum of the two dice is eight or above, and low if it is six or below. Hi Lo is played across Thailand and can be played the traditional way, or via apps like HiLo Dummy-Thai.

For centuries, dice games of all kinds have been bringing people together, providing an often simple yet fun way to pass time and to socialize. While technology seems to be making these games rather obsolete, ironically, technology itself will likely usher in a new era for dice games making them available to a wider audience who play them on consoles, apps, or online, just like craps and Hi Lo.