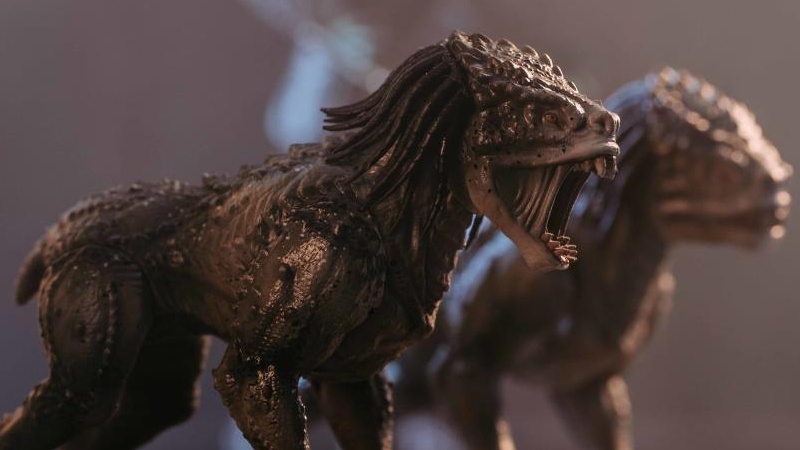 The Alien and Predator are two of the most celebrated sci-fi horror franchises of all time. Their popularity and similar themes even spawned a crossover series, Alien vs. Predator. The merchandise has been an important part for the fans, something which Hiya Toys honors with four new figures:

*Ripley from Alien – 4″ tall
Ripley wears her iconic white spacesuit, just like during the end of the first movie.

*Lead Alien Warrior from Alien Resurrection – 4″ tall
Aside from the Cloned Queen, this xenomorph is perhaps the most dangerous Alien of the fourth film in the series.

*Invisible Chopper Predator from Alien vs. Predator – 4″ tall
Perhaps the most unlucky Predator of the first cross-over film. The mold is clear to simulate his stealth mode.

*2-pack of hounds from The Predator – 2.4″ tall
These dogs are NOT man’s best friend!

The figures cost $19.99 each and are expected to ship in February next year.