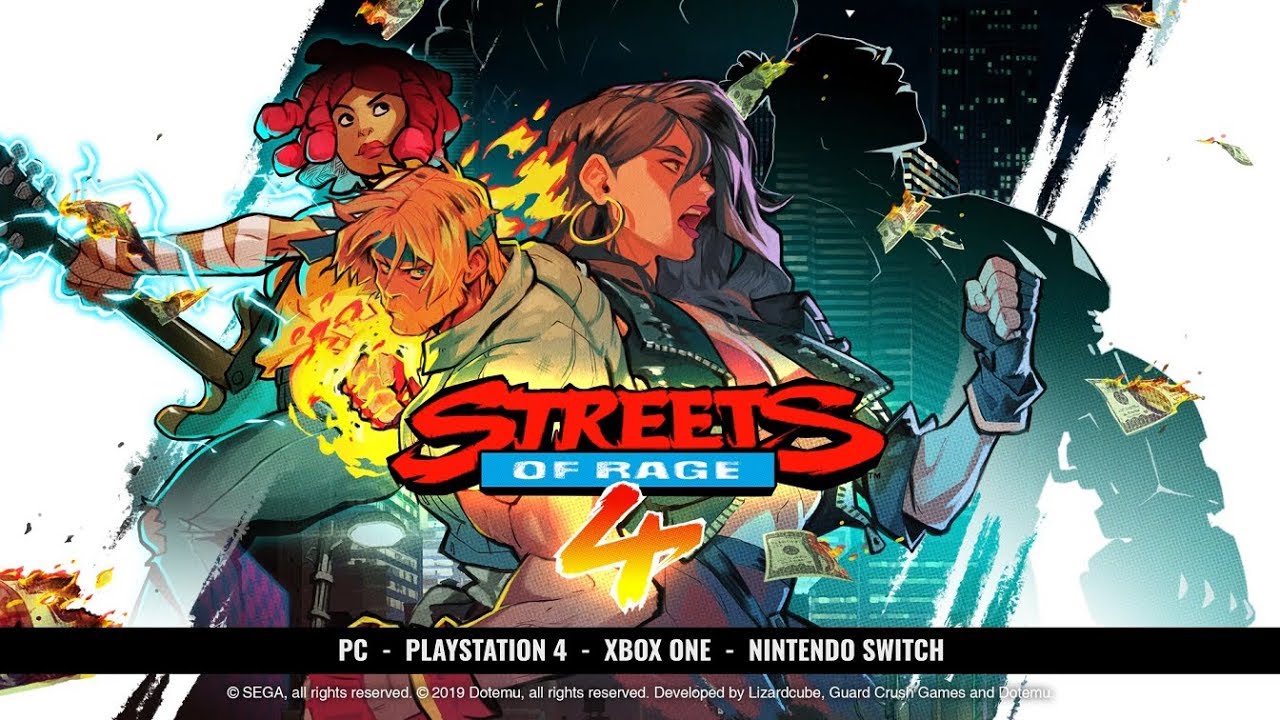 A new trailer of the resurrection of Sega’s classic beat ’em up franchise reveals new and old characters, game modes and more.

Axel Stone and Blaze Fielding return and join forces with Cherry Hunter and Floyd Iraia. Cherry is the daughter of Adam from the first game in the series and fills the role of the fast, but weak character, previously held by Skate. Floyd is the opposite – a slow but strong guy, with iron arms like Jax from Mortal Kombat 3. You can also play with some other characters in their original pixel art form – both previously mentioned characters, Zan and Shiva.

The music also returns in retro form, with the possibility of playing with the soundtracks of the first two entries in the series. The new soundtrack is being composed by Olivier Deriviere, but original composers Yuzo Koshiro and Motohiro Kawashima return with a few others for some additional tracks. A new feature is the local co-op for up to four people and online co-op for two players.

The game is expected to be released later this year, with a leaked release date in April being incorrect according to the developers. You will be able to play the game on Steam, Nintendo Switch,
PlayStation 4 and Xbox One.

Streets of Rage 4 is being developed by Lizardcube, famous for their modern port of Wonder Boy III: The Dragon’s Trap. They hail from France and work together with publisher Dotemu.