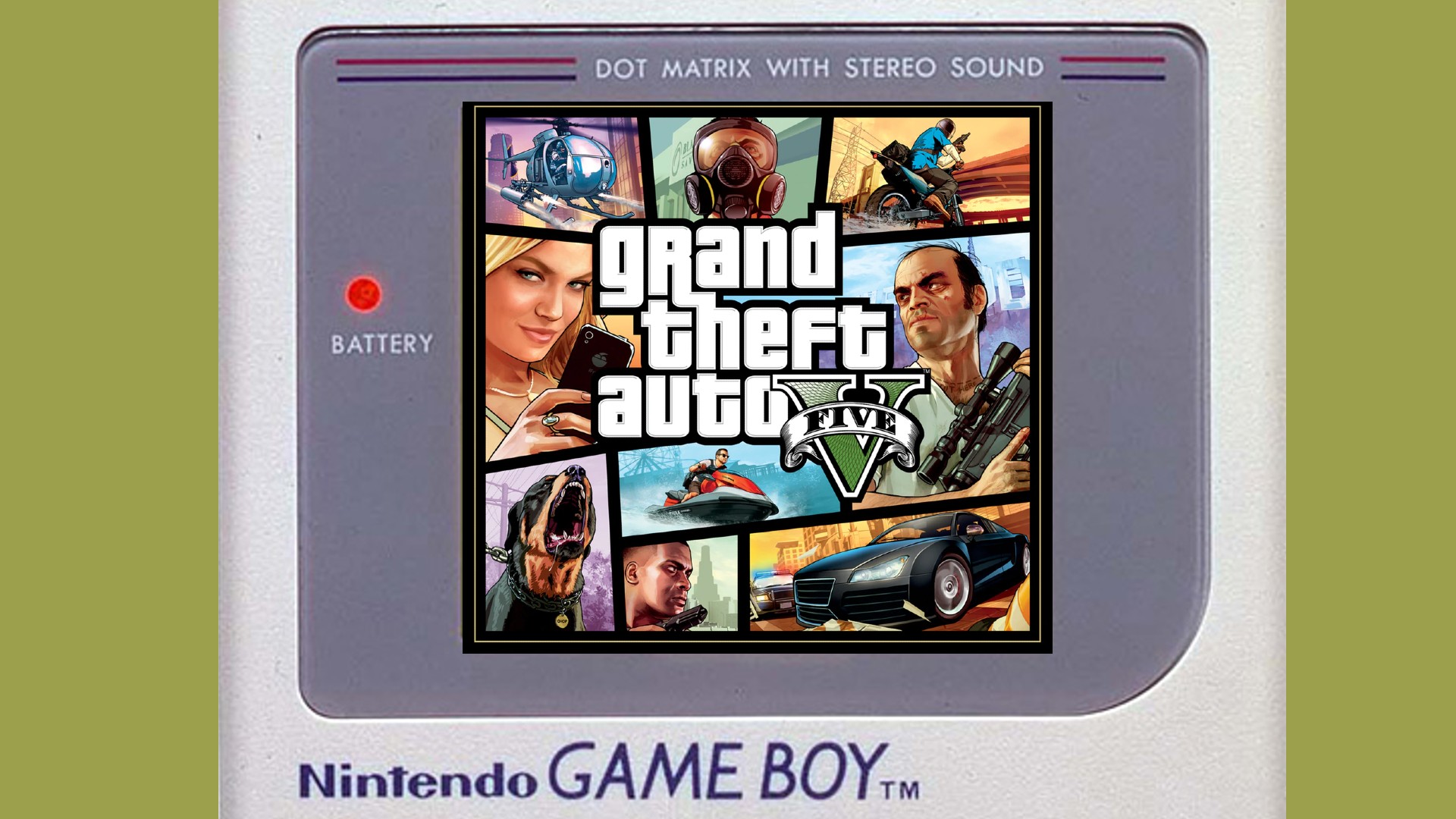 The original Game Boy and its different iterations were discontinued in 2003, nevertheless, fans have still been playing on it and modifying the console so that it can run more modern games. One programmer has now made a streaming cartridge that can play recent titles like Grand Theft Auto V on the portable console.

Let’s get things straight, this is not a case of a Game Boy that can run GTA V in a small cart, it’s a cart with wi-fi integrated so that you can stream games into the console. Much like cloud gaming on mobile or computers, like with PlayStation Now, xCloud, or Stadia.

The programmer’s name is Sebastian Staacks, and he uploaded this  video on his youtube channel, where he also shows other cool projects, like a smart doorbell, technology wedding gifts, and automatic photo traps, as well as other stuff.

So, without further ado, this is how GTA V would have looked on the original Game Boy:

It’s hard to appreciate the graphic quality because he shot the footage directly from the console’s screen, but we can see that it’s playable and it seems to play just fine. It would have been difficult to finish the game with these graphics, but at least we know now that it’s not impossible.

What other modern games should he try next to run on the original Game Boy?