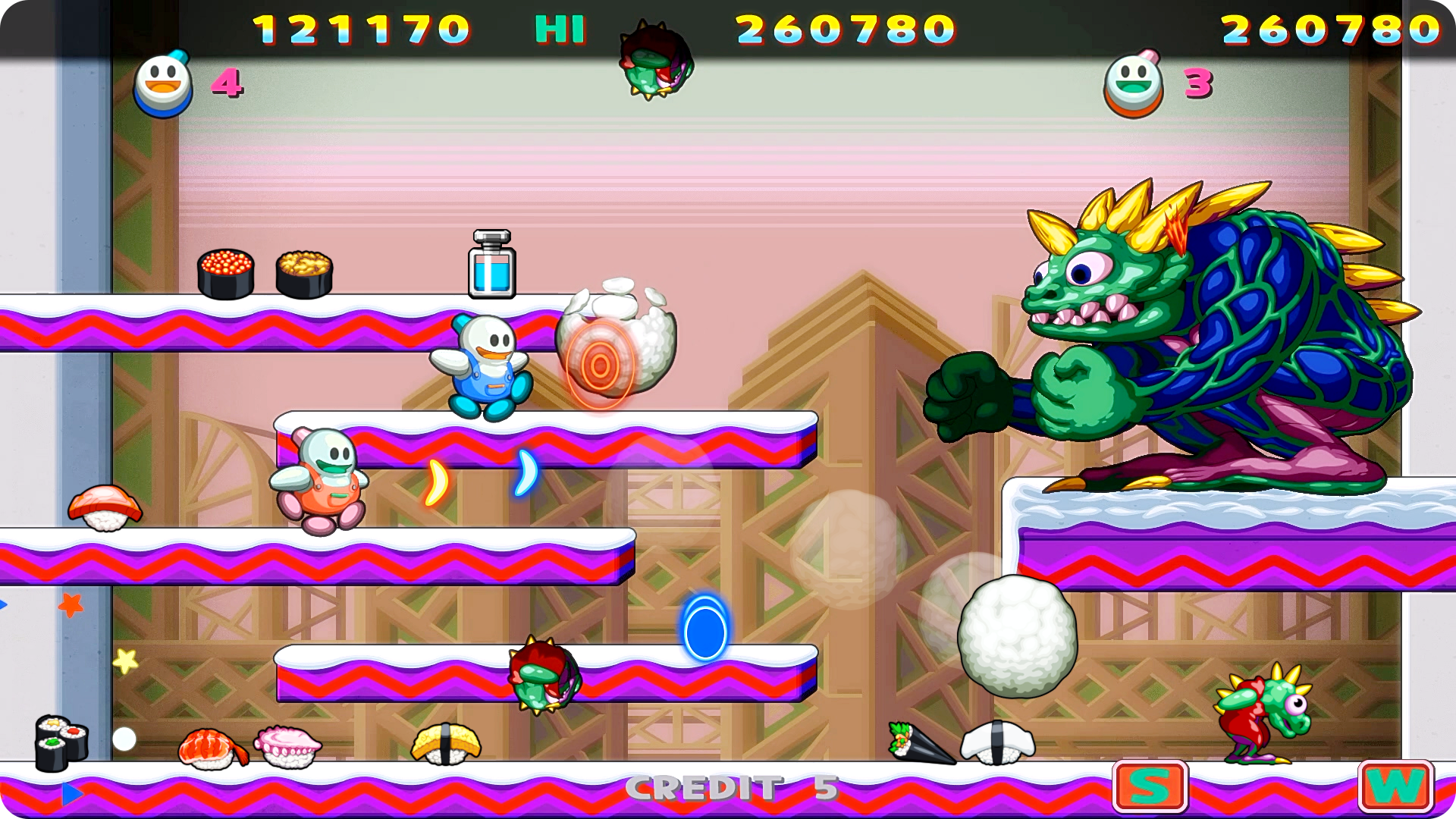 Back in the early 90s when local arcades were still popular, you could play a great number of games for only a handful of quarters. There were racing games, sports games, fighting games, shooter games, and also some platform games like Snow Bros., a game that is coming back to life after three decades.

Snow Bros. was a fun game where one or two players had to clear the enemies on the screen by creating snowballs of different sizes. The game had moderate success, but thanks to its fun gameplay gained a cult following and became sort of a hidden gem. It had a sequel in 1994, but due to the closing of its Japanese development studio called Toaplan, we all thought that we would never see these characters again, until now.

Snow Bros. Special will be a modern interpretation of the game that will be available later this year on Switch. You will be able to play it in either a digital edition or physical edition. It will retain its gameplay and two players can play it at the same time. Sung-Gil Yim, producer and founder of CRT Games, hopes that retro and new players can enjoy this game together, this is what he said in a press release:

The only big difference between the physical and digital editions, is the fact that the physical one will include a “Monster Challenge Mode”, while the digital will need an additional DLC.

Do you remember playing this game?