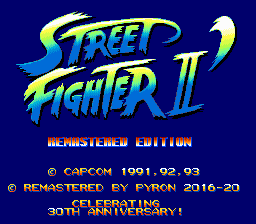 In celebration of the 30th anniversary of Street Fighter II, mega fan Pyron has released a hack. The version hacked is the Mega Drive/Genesis release of Special Champion Edition. Though it sold millions and was well received back in the day, many fans have also complained about the improper use of colour in this version. This, and many other things, have now been fixed with this hack.

Nearly all graphics have seen an overhaul in terms of palettes. Most notably, the background scenes now have brighter and crisper colours, unlike the dark and muddy tones of the original. Sprites and portraits have more details and updated palettes too, bringing an experience much closer to the arcade original. Same goes with the removed censorship, as well as some bugs and incorrect values for some moves in the game. Also worth mentioning is the reworked UI, which is cleaner and clearer than the original. 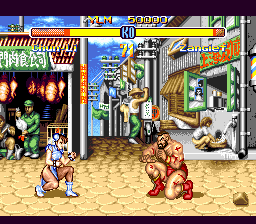 Pyron has worked on the project for four years and it is now available at romhacking.net.