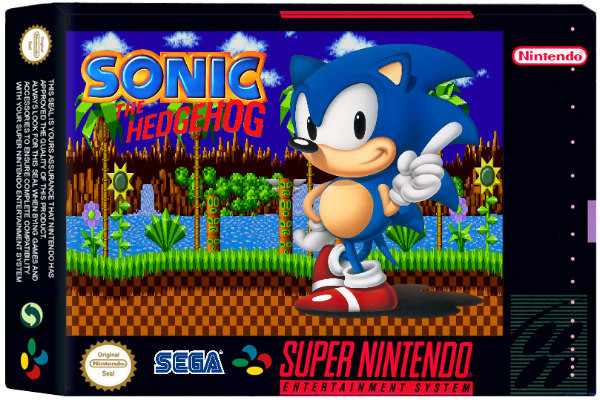 Yes, you read it right. In this crazy year 2020, where cats and dogs live together, pigs fly and other madness, Sonic’s first game appears on Nintendo’s 16-bitter. It’s TiagoSC, a renowned hacker who has made this proof of concept.

Almost everything of the Genesis original is there. The physics, speed and fast animation. What’s missing is the wider resolution of the original, something the SNES cannot replicate because the hardware lacks it. On the other hand, it could be argued the colours are slightly more vivid here – a reminder of the days when competing consoles had actual differences from each other. Sound isn’t quite ready, but there is a nice SNES version of the Green Hill Zone theme to be heard.

TiagoSC previously worked on a port of Mega Man X for the Sega Genesis.