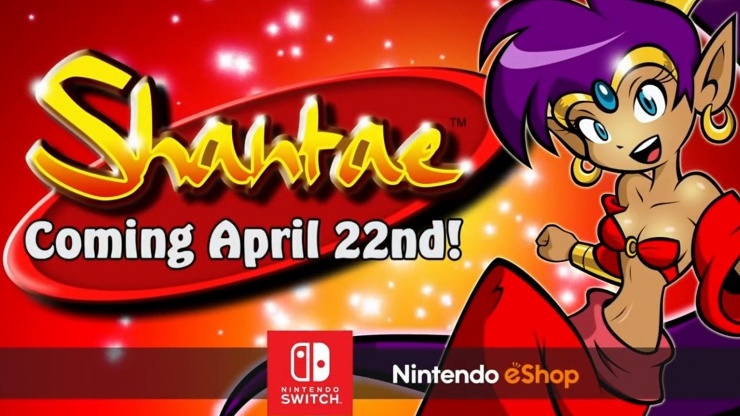 Shantae, originally released in 2002, is often regarded as one of the best looking Game Boy Color games. Using both parallax scrolling and transparency effects, it pushed Nintendo’s handheld to the limits. Being released after the Game Boy Advance, the game fell into obscurity despite positive reviews. However, it has spawned several sequels, the latest being Shantae and the Seven Sirens (2019). But now, the series is going back to its roots with a Switch release of the first game in the series.

The hair-whipping, dancing and transforming girl will be released digitally on the eShop April 22nd. The game will feature both the original Game Boy Color graphics, as well as the enhanced Game Boy Advance mode. Here is the release date trailer: