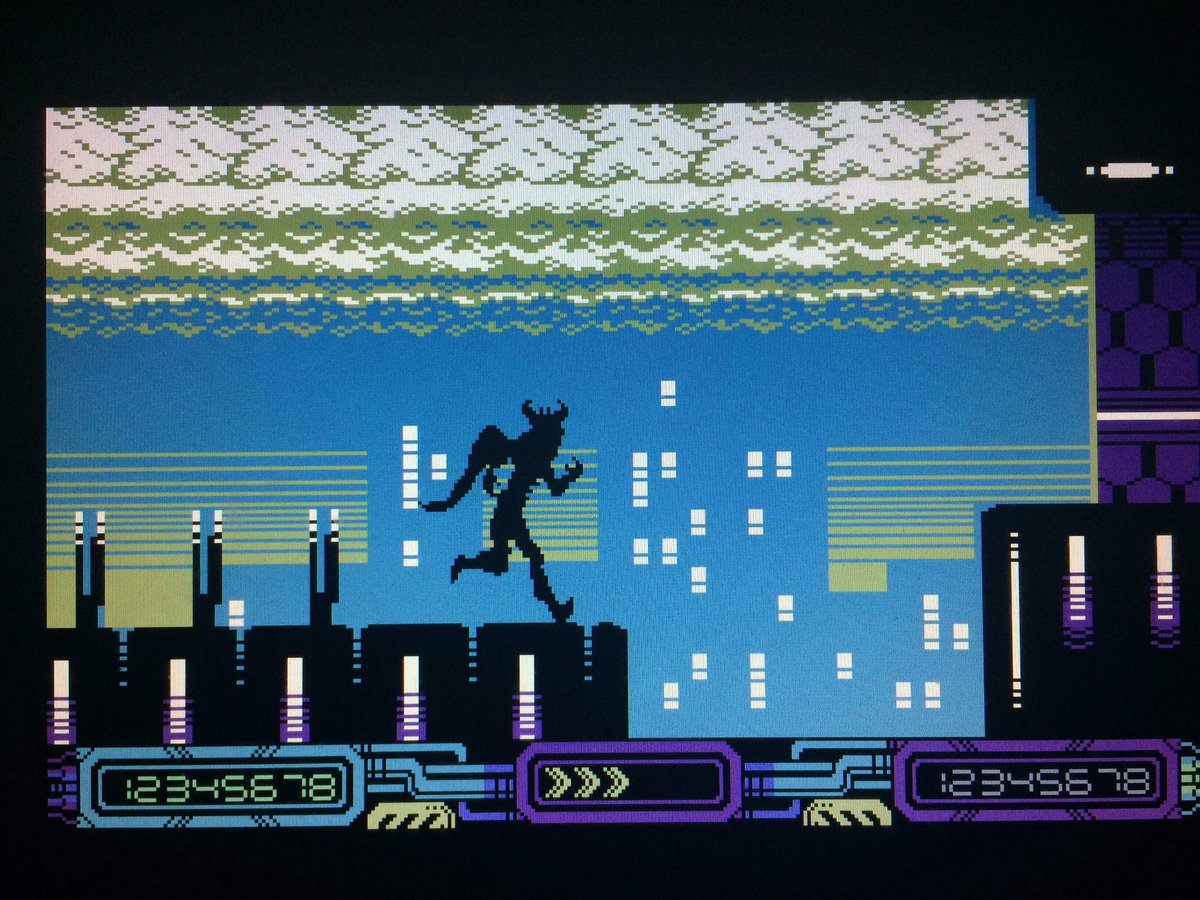 Run Demon Run is one of those newer titles that not a lot is known about yet. Doing some extra research for this article I was able to find out quite a bit more about Run Demon Run. This turned a mystery article into something a little more interesting.

First up, Run Demon Run is an endless running style game – the game automatically scrolls for you. This leaves you to only have to worry about avoiding obstacles, jumping, etc. Graphically this title is a mix of minimalist silhouettes and color creating a unique blend that looks pretty good. There is even some parallax scrolling, something 8-bit platforms are not known to be proficient with.

The man behind Run Demon Run is Trevor Storey who is part of the team behind another Commodore 64 title, Age of Heroes. Run Demon Run being straight action is a little bit of a departure from the adventure nature of AoH though. You won’t be stopping and surveying the land before taking action, instead, you will have seconds (or less) to take action against what is coming towards you on the screen.

You can check out a hi-res version of the box on the Reddit thread or on Twitter. It is pretty striking and different from what we normally see on the C64 and from the independent homebrew community.

While a single button running game may not sound awesome to most readers (maybe you had your fill of this genre on mobile devices), it is a new game for the C64. A new original game and those don’t come along all that often. For that, the devs get a kudos from me.

What do you think? Is Run Demon Run on your watchlist for a purchase when it releases? Let me know in the comments.