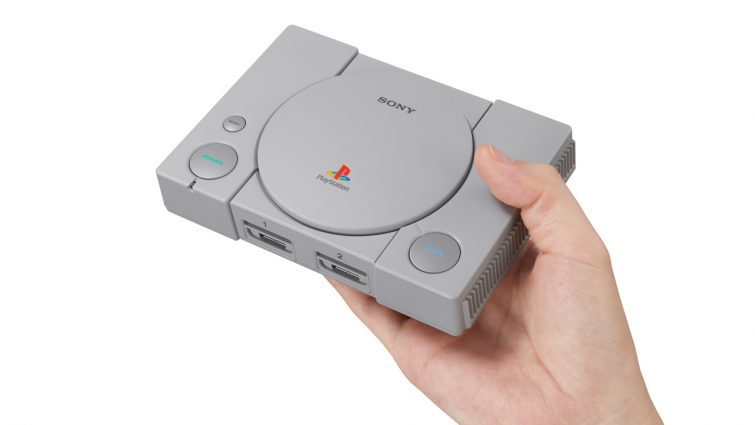 Fans of these classic, all-in-one, console rehashes will probably be ecstatic over the announcement of the full list of PlayStation Classic games. There are some good choices here, some interesting ones, and some ‘um’ titles as well. As the old saying goes, you cannot please everyone.

Launching in Canada and the United States on December 3rd, the PlayStation Classic will not only come with two full size, first genearation, PlayStation controllers, but also the 20 games listed below.

There you have it. The 20 games that come installed on each and every PlayStation Classic. Right now, it looks like that is the only games that you will be able to play on this mini. It remains to be seen if hackers will be able to unlock this bad boy and allow owners to install their own mix of games on it. Knowing Sony, they will not make it easy.

The game choices are interesting. It would almost be a sin to not include Resident Evil, and it is cool they included Director’s Cut. Same for Final Fantasy VII (though I would prefer IX myself) though maybe memory limitations stopped that from happening.

Rayman is the oddball game to me. While it is interesting as one of the early 32-bit 2D side scrolling action platform games, I would have prefered Rayman 2 over the original.

Intelligent Qube is a fan favorite that over the years has commanded quite the pretty penny via secondhand sales. Including it on the PlayStation Classic might help fans of that game warrant the entry price here.

While there is Ridge Racer Type 4, it is interesting that other Namco titles that defined the PSOne were not included. Same for the glaring omission of anything from the Spyro or Crash Bandicoot franchises.

I will personally be passing on the PlayStation Classic, there simply are not enough games I am interested in that I don’t already own physical, and digital via PSN whenever possible, already.