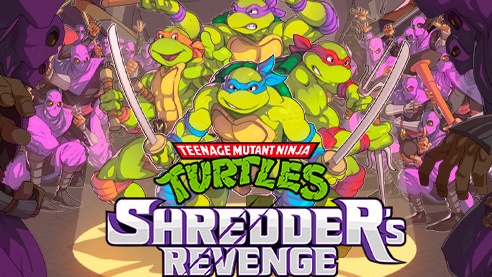 The full title is Teenage Mutant Ninja Turtles: Shredder’s Revenge, and it plays like the classic Turtles in Time arcade game, which was later ported to the SNES. It allows up to four players simultaneously. The game has a vibrant pixel art look which is similar to the source material but still has its own style. It is based on the first animated series from the 80s, with the same characters and lore.

The game is being published by Dotemu, who previously gave us Streets of Rage 4, and developed by Tribute Games. Their most previous game is Panzer Paladin, a mecha game inspired by Zelda II: Adventures of Link and Blaster Master.

Shredder’s Revenge doesn’t have a release date yet, but it will be released on Steam, Xbox systems and PlayStation 5.