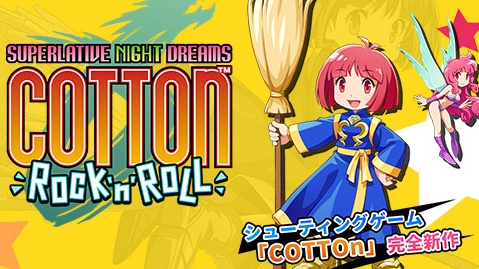 It was teased before, but now we finally have a title and a bit of information on it. The name of the game is Cotton Rock ‘n’ Roll, and it will be released for PlayStation 4, Switch, PC and the arcade.

The game has features from other Success games such as Sanvein (the time system) and Psyvariar (the BUZZ system). Cameos from games such as Umihara Kawase and Doko Doki Poyacchio are also to be expected. Six playable characters will be available in this shmup fest of 16 stages.

The game will arrive on Switch and PlayStation 4 in Japan on December 23rd, while the other versions will follow after that.