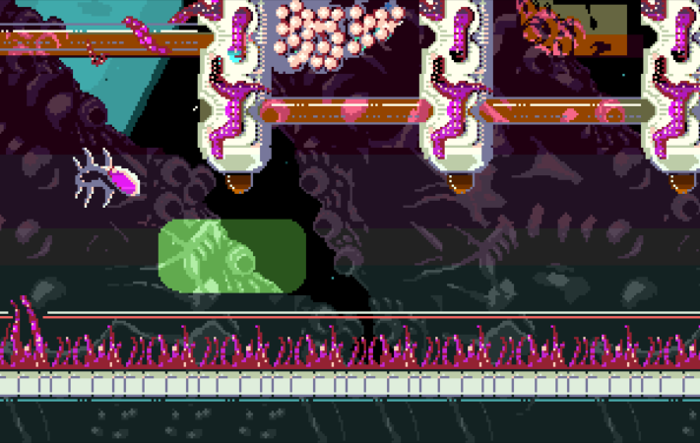 The Commodore Amiga is a much-loved retro gaming computer. Considering computers are inherently open to developers it is no surprise that we are still seeing new games released.

One such new game is Inviyya by Zbigniew ‘Saberman’ Zielenski and a demo was released recently.

Originally announced in 2016, Inviyya is a 2D side scrolling shooter. Fans of titles such as the Thunder Force series or R-Type will want to check this one out.

With the final game featuring:

The final game will have:
* two player mode (for those beer evenings with your dude friends)
* three more levels
* extra weapons
* a proper score and hi score list which hopefully gets saved on disk.

This is an ambitious release for the Commodore Amiga. The enemy types included so far cover a wide myriad of designs, some tech based, others more organic – like Insector X on the Sega Genesis console.

As things stand right now, the animation is already quite nice and fluid. Unimportant things like tendrils whip around in the background. Smaller enemies have several frames of animation to them.

There will be tight passageways to navigate, enemy fire coming from all directions and of course bottlenecks that only effect your ship. Just the way it was in some of the classics.

So far, Inviyya is shaping up to be something special and worthy of your time. Not just for scrolling shooter fans either. Retro gaming fans in general should support this stuff so we might see more in the future.

Head over to the English Amiga Board forums and grab your copy of the demo for Inviyya and let us know what you think. Better yet, show us your high score!