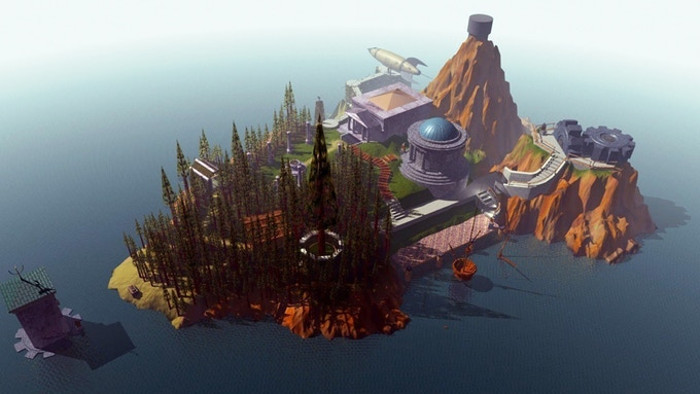 In case you have not heard yet, Myst is currently kicking up a storm on Kickstarter. There are seven titles involved in this campaign (technically one is a remake of the first game but that is just quibbling). Fans of classic point and click adventure games know the franchise of Myst. Judging by the number of copies sold in this franchise there are more than a couple fans out there. Why Kickstarter though?

Well, that is the interesting thing. This is not just another Kickstarter to “bring the classic franchise to modern platforms”.

Oh no, this is Myst the 25th Anniversary Collection Kickstarter.

First, the people behind this Kickstarter campaign, also the people behind the original game, are going the extra mile with this one. They are not just working with others (GoG.com and CodeWeavers) to bring the complete Myst collection to as many gamers as possible, they are working to make it worth revisiting.

Between GoG.com and CodeWeavers, Cyan has been able to make the complete seven game Myst series available for both MacOS 10.xx and Windows 10 gamers. That is no small feat considering the work to get some of these entries working.

Next, there are some rather interesting extras that will only be available with this Kickstarter campaign. Idea Planet is behind these special pieces and boy they are special.

From the Linking Book to Gehn’s Inkwell and Pen, these special pieces are just that – special. I doubt we will see these appearing on eBay too soon because devoted fans will cherish them.

Cyan are already well and above their Kickstarter goal for Myst 25th Anniversary Collection. That is awesome news and justifiably so. Myst is an iconic franchise and one that modern gamers should have a chance to play.

Will it set more sales records like the first game did? Probably not. It doesn’t have to. Myst is already solidified in the world of gaming as an amazing franchise. A title that it earned fair and square.

The real question is, who has beaten Myst without the hint book?