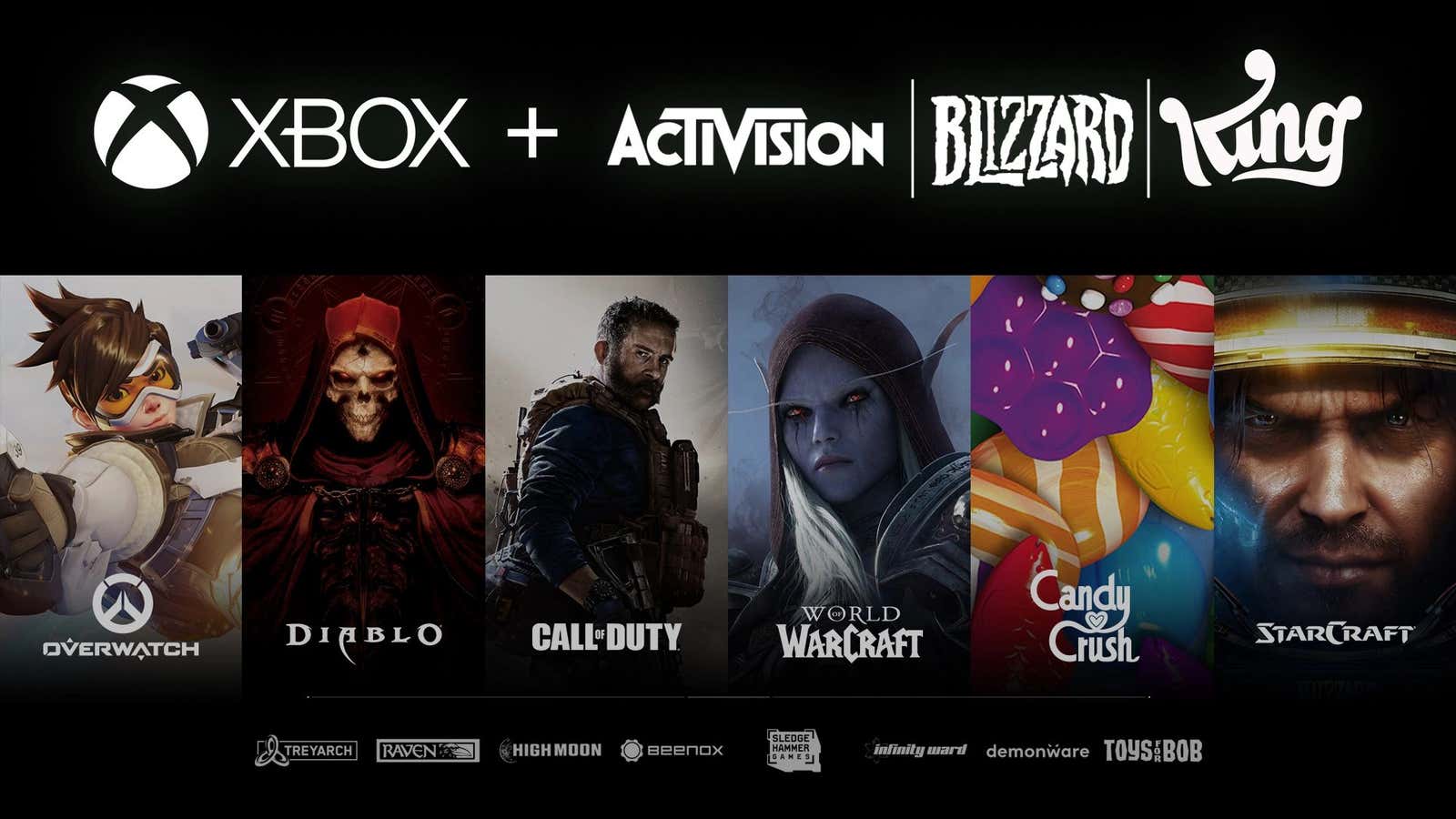 Nobody saw it coming. Even though Microsoft has acquired several video game companies and studios in recent years, some as big and important as Bethesda, we never thought that they would bid to buy one of the largest companies out there. Activision-Blizzard-King, are now part of Microsoft Game Studios, as the Xbox parent company bought them for $68.7 billion dollars.

This means, that just as what happened with Bethesda and its studios like Arkane, Tango Gameworks, and MachineGames, the studios that Activision owned are now part of the Xbox family.

Activision had been going through controversy in recent months, due to complaints from employees who accused several executives, including CEO Bobby Kotick, of bad workplace habits and over 700 complaints of misconduct. But at the time of writing this news story, Kotick is set to continue at the head of Activision.

These are the studios and franchises that are now part of Microsoft:

Much of these games, if not all of them, will surely make their way to the Game Pass service soon. Speaking of Game Pass, Microsoft also announced that their user base has reached 25 million subscribers.

But, what about the Activision games that are on PlayStation consoles? According to Bloomberg, this is what has been said:

Microsoft plans to keep making some of Activision’s games for PlayStation consoles but will also keep some content exclusive to Xbox, said a person familiar with the company’s thinking.

Activision has been one of the industry’s earliest game publishers, they go way back since the late seventies when they used to publish games for arcade, Atari 2600, and other early platforms.