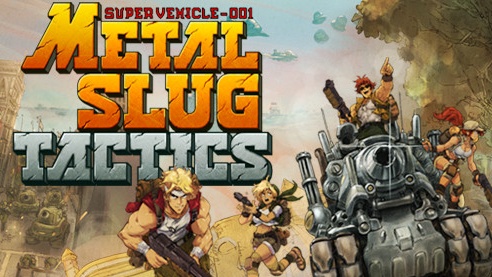 Metal Slug is a classic run and gun series, originally released on the Neo Geo and later ported to other systems. Now, the series switches genre to tactical RPG thanks to publisher Dotemu (Streets of Rage 4, Ys Origin and many others) and developer Leikir Studio (Wonder Shot, Rogue Lords).

Titled Metal Slug Tactics, it will be released on PC via Steam. Staying true to its roots, the game will use state-of-the-art pixel art. The gameplay has roguelike elements in the form of procedurally generated missions. You can also unlock weapons and other items as you proceed in the game.

No release date has been announced, but you can find a trailer below: