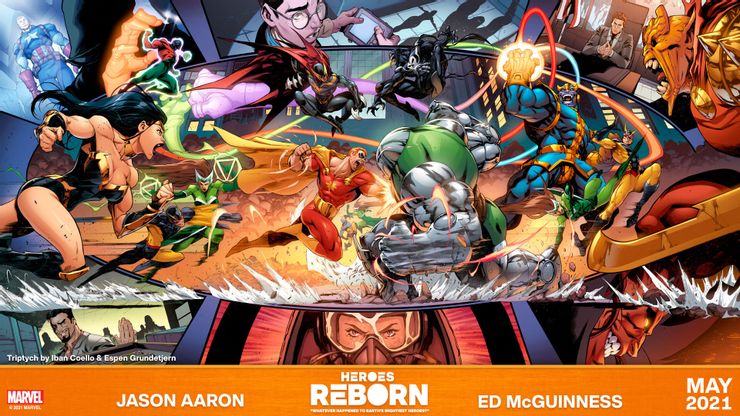 Heroes Reborn is a crossover comic with a multi-title story arc, featuring the Avengers, the Fantastic Four, Doctor Doom and the Hulk among others. It was outsourced to Jim Lee and Rob Liefeld, who had previously worked at Marvel. It was released in 1996-97 and had a sequel called Heroes Reborn: The Return released in 1999. Now, a reboot is coming.

It will be written by Jason Aaron (Thor, Ghost Rider, Doctor Strange and more) and will be drawn by Ed McGuiness (Superman, Deadpool, Superman/Batman and more).

Aaron commented on it with the words:

Maybe the wildest story I’ve ever put on paper. I got to cut loose on this and release my inner comic-reared child in a really profound way, and together with a cadre of immensely imaginative artists, we built a world that I’m pretty confident in saying is quite unlike any version of the Marvel Universe you’ve seen before.

Heroes Reborn #1 is out in May this year.