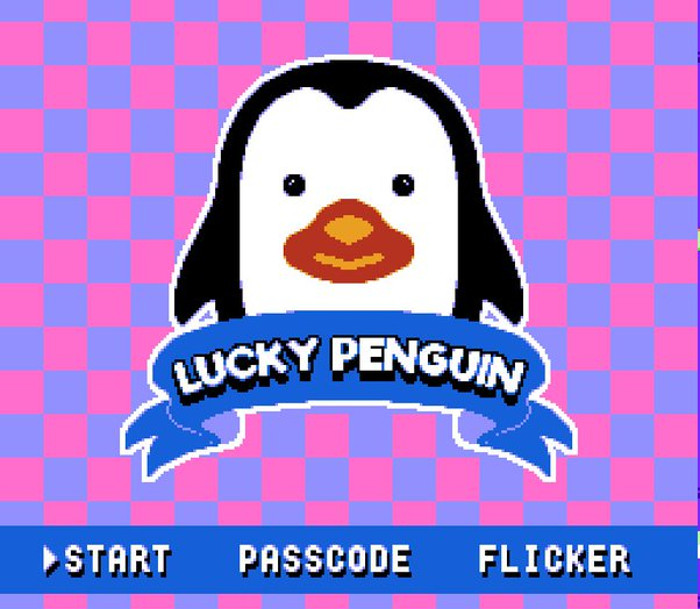 You must hand it to independent homebrew developers. They simply will not let the classic platforms perish. Case in point, Lucky Penguin by Lukasz Kur and Marcelo Barbosa. Lucky Penguin is a puzzle game set in the cold arctic, putting you in control of a penguin that must collect all the clovers in each level before the timer runs out. Sounds simple, right?

As with most puzzle adventures, the early levels are a breeze, but the difficulty level will quickly ramp up. Some things to keep in mind while playing Lucky Penguin include being able to take advantage of the screen wrap. Exit on the left and you can reappear on the right, same for top and bottom of the screen. This is an integral part of beating some of the later levels.

The old saying “they don’t make them like they used to” comes to mind with Lucky Penguin. The independent homebrew developers are channeling some classic puzzle adventures with this one. Who else remembers the fun we had playing titles like Kickle Cubicle (Nintendo Entertainment System), Tricky Kick (Turbo Grafx-16), or Shove It! (Sega Genesis)? Puzzle games like this are rare and something I wish more independent homebrew developers would focus on with releases, though I am happy to see just about anything released on a classic console. I hate seeing game developers constantly announce new games, or worse yet take money on crowdfunding sites, and not deliver the games they promise.

Lucky Penguin seems to be coming along nicely judging by the demo that is available. Hopefully we can find out more as development continues for Lucky Penguin.

What they have so far is quite good. Puzzle adventure fans will be hard pressed to find something more interesting from the independent homebrew community so far.